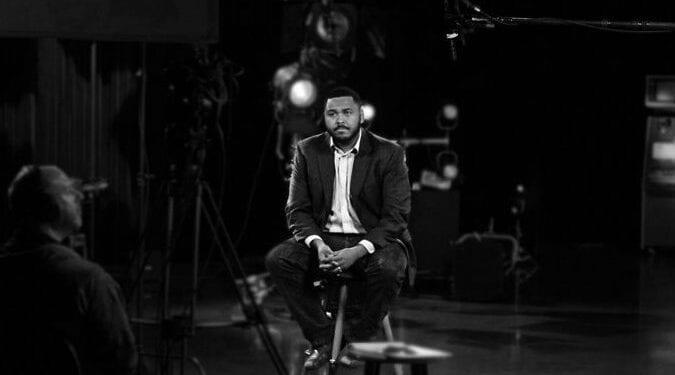 It’s hard to believe two minutes could achieve anything substantial. In 120 seconds, how do you formulate deep thoughts and emotions that last?

McClendon’s short films do just that. The visual artist, whose latest snippet is due to make an appearance at the 2021 NYC Independent Film Festival, uses animation and bite-sized chunks of time to create a story.

Some of his productions are silent, while others have music. McClendon said his passion projects are for his own practice, but he’s used his talents for profit before; he’s built commercials for Taft Furniture and recently showcased a demonstration for an apartment complex in the area on his Facebook page.

“I find myself getting so inspired with the way Albany is,” McClendon said. “The flow of the city and the architecture is something that speaks to me. I can see the way the buildings move; I can’t quite explain what that means, but there is a life to this city that I like to try to show.”

The film that landed McClendon in the Big Apple is one of his love stories to Albany; a figure skater, clad in a pink dress and white skates, effortlessly slices the ice in front of the Corning Tower’s smaller counterparts, where her energy brings the buildings to the sky and nature to its heights. The snippet is less than 30 seconds long (28, to be exact), but the young woman floats as if the city was breathing just for her.

McClendon said the inspiration for the film came from watching the 2018 Olympics. Looking at music-driven stories, he studied the movements of professional figure skaters to pinpoint their flow.

Another brief clip is one inspired by “I Am Legend,” which depicts Albany in a post-apocalyptic world, outfitted with giraffes and other exotic wildlife creatures running below the abandoned Albany skyline. The video, which barely kisses 25 seconds long, is accompanied by moody music and washed-out effects, creating the look of a weathered lens. Another is the story of a haggard working woman on State Street, who finds a surge of energy by lacing up her rollerblades. As she departs the curb, she overlooks State Street’s iconic hill, getting ready to set off into the crowds below her.

“I’ve always had the mindset that I can learn to do anything I don’t know how to do, so I’m always pushing to get better at my craft,” McClendon said. “When I run into people who box their skills in, it confuses me because I’ve always aspired to learn new things.”

McClendon started as a traditional illustrator in college. He gradually became fascinated with video and honed his craft. Taft Furniture granted him his first job in video while he was still in college and the rest is history. While he doesn’t consider himself a filmmaker, he’s been featured in four festivals (including the upcoming one in Manhattan) and his portfolio and Facebook accolades continue to grow.

“You have to not take ‘no’ for an answer and keep breaking down those boundaries to get what you want,” McClendon said. “If you want to move forward, you just go for it. Some people have more obstacles, others have less, but regardless of the situation, you have to work toward it.”

Proctors Collaborative ushers in a new playhouse in Warehouse District

UPDATED: Loudon Road Walmart locked down after man with a pellet gun tries to steal cars