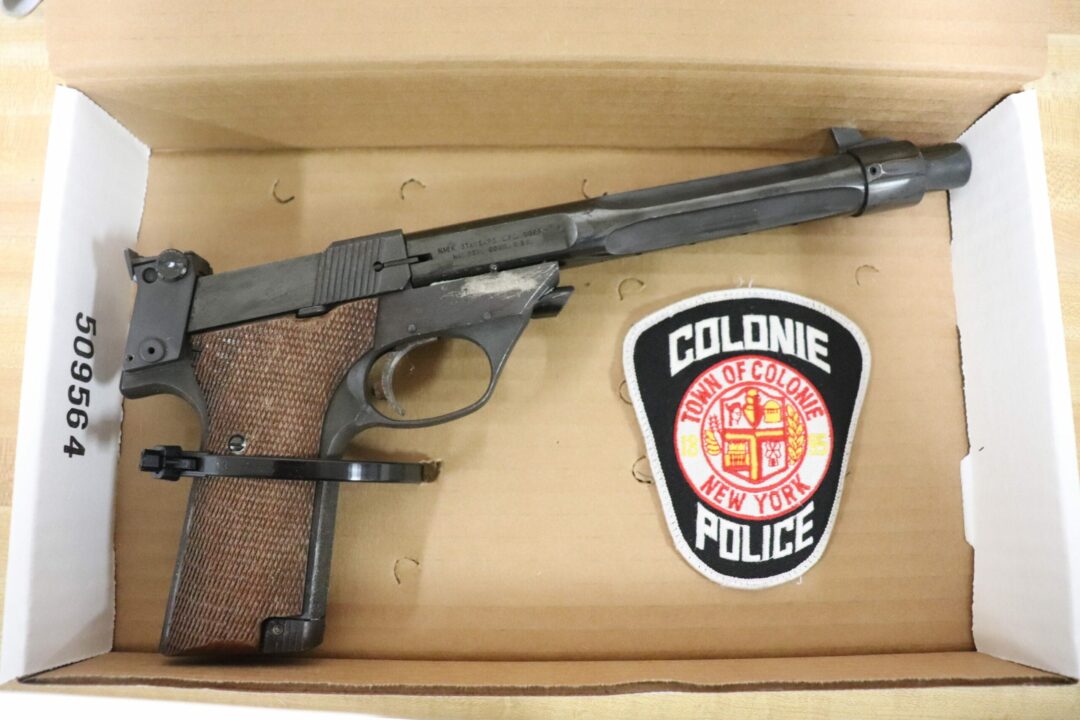 COLONIE — Two men face drug and weapon charges after getting pulled over for a vehicle and traffic infraction on Saturday, Feb. 6.

Officer Christopher Hooks pulled over a car driven by Dorrell Williams, 29, of Schenectady, and a license check revealed he had an active warrant out of Schenectady.

According to Lt. Danielle Belles, an investigation revealed he was in possession of ecstasy pills, marijuana, drug paraphernalia and an unloaded .22 caliber High Standard Model 107 handgun. The pistol was intentionally defaced to make the serial number illegible.