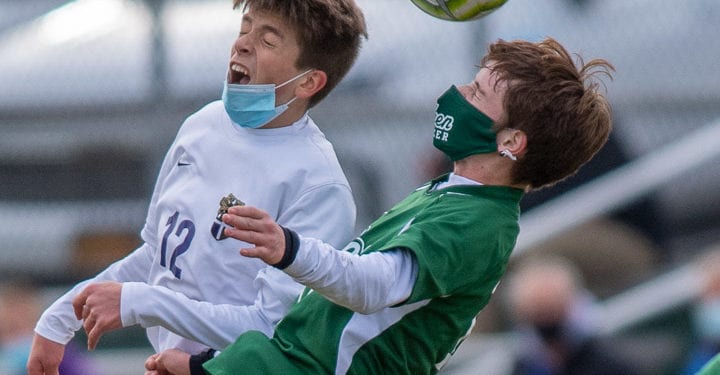 CLIFTON PARK — In one of the more exciting games of a year marked by COVID-19, the No. 1 squad from Shen beat the Brothers from CBA 3-2 for the Suburban Council title on Saturday, Nov. 21.

To get to the finals CBA got by Albany 3-1 and Niskayuna 4-2. Shen had a bye and then beat Saratoga 1-0 in the semifinals.

On Saturday, CBA twice had the lead but the Shen team rallied back to tie until Will Burdick banged one off the crossbar and then got the rebound past CBA keeper Adrian Torres for the game winner.

CBA Paul Abbatiello put CBA up 1-0 in the second minute but Shen’s Darien Espinal tied it up with about 13 minutes remaining in the half. The Brothers jumped out to a 2-1 lead on a goal by Jordan Proulx not a minute into the second half. Shen tied it up on a goal by Conor Brown in the 70th minute before Burdick won the game with 4:50 on the clock.

On Thursday, Nov. 19, CBA jumped out to a 3-0 lead against Nisky before the teams took a mask break midway through the first half. Ben Baker, Ben Bern, Proulx and Sumahri Stewart each had a goal.