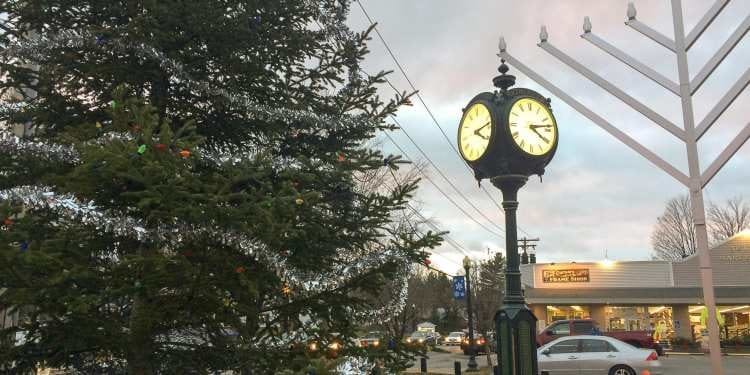 According to the annual holiday poll by the Siena College Research Institute, just 59 percent of New Yorkers are excited about this holiday season, down from 71 percent a year ago.

Fewer people will be putting up a Christmas Tree this year, 67 percent from at least 70 percent over the past nine years. And fewer people believe in Santa Claus, 26 percent from 30 percent. The lowest number of people in 13 years, just 23 percent, say they will volunteering their time this year.

“For so many New Yorkers, 2020 has been a difficult year. Today, unfortunately, 54 percent think that the worst of the coronavirus pandemic is still to come,” said SCRI Director Don Levy. “Still, looking to the future, 85 percent of state residents are hopeful that 2021 will be a better year than 2020 has been.”

While 16 percent say they are more excited from last year, 41 percent are less so. Sixty-eight say the holidays will be different but they cannot be ruined by the pandemic.

“Over a quarter of New Yorkers are coming into the holiday season saying that no matter how hard they try, the pandemic will take the joy out of the holidays,” Levy said. “But over two- thirds just won’t let the virus be the Grinch that steals the season this year.”

Nearly 50 percent of New Yorkers plan to spend less than $500 on gifts, about the same as last year. And, nearly a third, 32 percent, plan to spend $1,000 or more, up from 21 percent last year. Only 10 percent plan to increase spending this year while 38 percent are going to spend less and about half will spend the same.

According to the poll, 38 percent of the shoppers will conduct at least 75 percent of their holiday spending online, double last year’s 19 percent.

“Only 23 percent plan to shop locally on Black Friday or Small Business Saturday but nearly half will be shopping online on Cyber Monday this year.” Levy said. “We’ve seen online spending grow dramatically since 2008 but today with 19 percent doing at least half of their shopping online and another 38 percent doing 75 percent or more, we’ve hit a new all-time high.”

“For most, Thanksgiving looks to be different this year. Fewer than half are planning to have uncles, aunts and cousins over and only one in seven plans to travel to family meals on what has historically been one of the top travel days of the year,” Levy said.

Thanksgiving plans for 40 percent of New Yorkers will include getting together via the online platform Zoom.