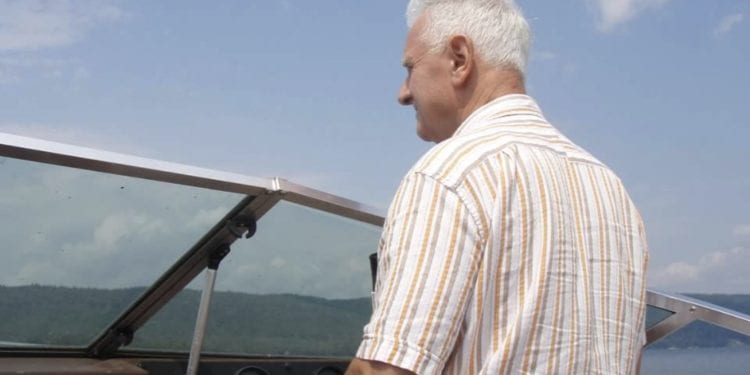 Photos via the Robillard Family

GLENMONT — When Donald Robillard, former principal of Glenmont Elementary School, died in April, the loss resonated through the Bethlehem community. Students and colleagues mourned with the family as the man with a golden heart and contagious enthusiasm was laid to rest at 85.

Seven months later, Jen and Michelle Robillard, two of his children, are starting a scholarship fund in his honor.

To view the fund and donate toward the goal, visit https://lnkd.in/eG2CqYZ and select “other.” Enter “Donald Robillard” in the field that pops up.

“The idea behind this was to keep his legacy going and honor his memory,” Jen said. “Our father always viewed the Bethlehem Central School District community as a second family and advocated for the betterment of the students and the teachers.”

Robillard’s achievements span decades. After spending years as both a third and fifth-grade teacher, he became principal at Watervliet High School, his alma mater. He landed at Glenmont Elementary in 1973, starting a 22-year run as the quintessential principal. In that time, Glenmont Elementary earned its first National Blue Ribbon of School Excellence.

There are photos of him dressed in mixed patterns holding a Goofy doll and never-ending stories of the man with the friendliest smile. Hamagrael Elementary School principal Dave Ksanznak lauded Robillard for his uncanny ability to always push his students to “take risks and [learn from] making mistakes” at his service. BCSD superintendent Jody Monroe said Robillard brought a “spirit of innovation” to the school and the district.

The fund, which the Robillards hope will eventually become an endowed scholarship, is a testament to the dedication Robillard had to his profession and the charisma he carried both in school and at home.

“After he retired, Dad was trying to join a fitness competition and was lifting weights all the time,” Jen said. Michelle added he got his motorcycle license. His love of boats and travel cloaked his retirement plans. At one point, Michelle said their father wanted to be a truck driver so he could see the world. Both women agreed their father was in better shape than 20 year olds. Despite his many accomplishments in his life, Robillard maintained an air of modesty and humility, treating everyone with respect and acceptance.

“The focus of the scholarship right now is a bit broader, so it could go to an individual, a family or the school itself,” Jen said. Because the fund is currently controlled by the Community Foundation for the Greater Capital Region, the Robillards are not fully in control but have been assured the first grant will be awarded to someone who would fit the bill as a good candidate for the scholarship. Michelle voiced hope the recipients to come would have attended Glenmont Elementary School, where her father’s spirit still roams the hallways with gentle support.

“Our father was just so good at supporting teacher’s endeavors and having the same end goal of being there for the kids,” Michelle said. “It was amazing to hear how much of a difference people were saying he made.”

Jen added the family finds comfort in the stories of their father’s life. As the ultimate students of the Robillard legacy, Michelle noted how Robillard always asked how school was.

“He knew how many doors he could open from that one question,” she said. “His focus was always how he could make people’s lives better.”

SPOTTED: Shaker boys’ season comes to an end in quarterfinals