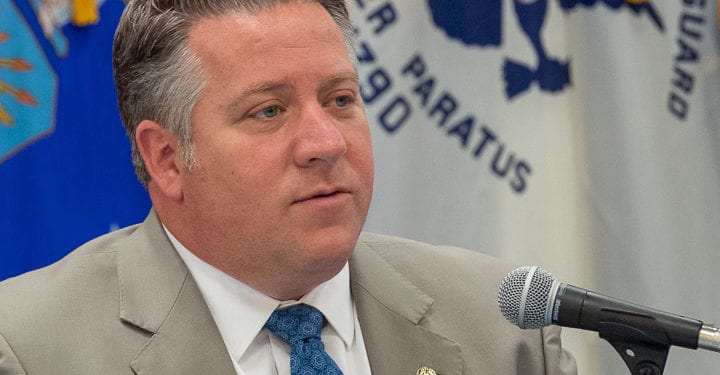 ALBANY — Fifty-three county residents tested positive for COVID-19 from Thursday to Friday, the highest single day increase since May 20, and the hospitalization rate is the highest since early June.

“We are concerned over the last few weeks we are seeing an uptick in numbers and it could in fact be something we have been concerned with all along, the beginning of a second wave. The data will show if that is the case is in the coming days and weeks,” said Dr. Elizabeth Whalen, head of the county Health Department. “It is important as we enter the cold and flu season people protect themselves.”

She and health care professionals across the board are urging people to get a flu shot, which is not a 100 percent safeguard but will lessen the severity of the virus, in order to prevent hospitals from becoming overwhelmed should a second wave of COVID-19 arise.

From Thursday to Friday, there were three new hospitalizations bringing the total to 27 for a rate of .75 percent. The death toll in Albany County remains at 140 since the outbreak began in mid-March.

There are not any hot spots, or clusters, Whalen said. Of the new cases, 20 had close contact with positive cases, two travelled out of state, 15 had no clear source of infection and 16 are healthcare workers or residents of congregate settings.

“Our positive cases are climbing and our hospitalizations are the highest since June,” McCoy said. “I know people have COVID fatigue. People are tired. It’s OK to be tired but we have to say vigilant.”

In response to the higher numbers, he said the county workforce will revert to the Continuity of Operations Plan, or COOP, which includes staggering shifts and more employees working remotely from home.

“Stopping this situation from spiraling out of control and preventing local businesses from being shut down will ultimately be determined by the decisions we make right now,” he said. “We have to be ready. Albany County services will continue but we will be limiting the amount of face-to-face interaction at our county buildings.”

The Health Department is remote for at least two weeks, Whalen said, but it does have the technology to continue with contact tracing and other services.

She took exception with some comments on social media regarding the fact her staffers contracted the disease while advising the public on how to avoid catching the virus.

“There are no guarantees in medicine and what we can do for the public is advise people as we advise our own staff as we advise or own family based on evidence. And evidence suggests that mask wearing protects you,” said Whalen, adding she did test negative. “Is it a guarantee? Is it a guarantee that if you wear a mask you will not get COVID? The answer is no. But there is less of a chance if you wear a mask.

“I cannot protect every single resident from getting COVID. If I could do that. If my department could do that, we would not be sitting here 233 days later.”

As of Friday, the eight-county Capital District Region had a 1.3 percent infection rate, or those who tested positive, according to the state COVID-19 dashboard. Western New York had the highest infection rate of 2.5 percent while the Mohawk Valley and the North Country had the lowest with an infection rate of .7 percent.