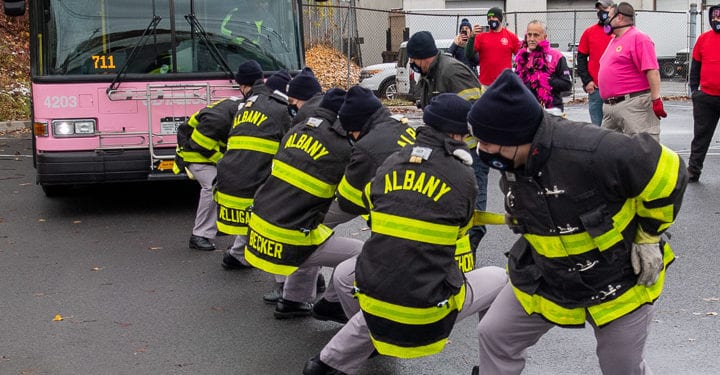 Teams from CDTA, Albany Medical Center Hospital, CDPHP and Commercial Lending Advisors brought teams of eight people together for a test of strength and a race against the clock as they pulled a 30,000-pound pink bus 10 feet.

For the fifth year, CDTA is partnering with the American Cancer Society on its Real Men Wear Pink Campaign. As part of the initiative a pink bus is out on Capital Region streets to raise

awareness and support the campaign. Materials and decals to transform the pink bus were donated by NAPA Auto Parts, Lamar Advertising and Seifert Transit Graphics.

SPOTTED: Colonie boys and Albany High play to a tie