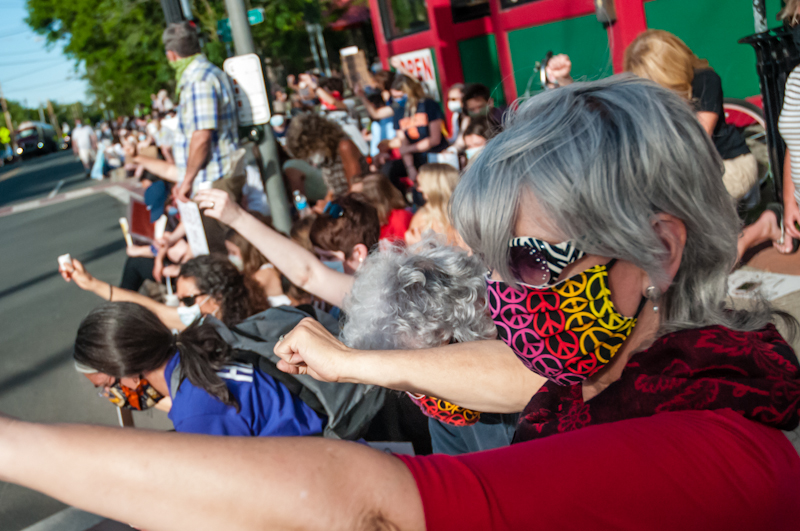 BETHLEHEM —  The Town Board unanimously voted in favor of forming its Reform and Reinvention Collaborative Committee, establishing the advisory board mandated by the governor’s office, and taking the first step towards a collective effort towards statewide reform in law enforcement.

Town Supervisor David VanLuven said the town received 32 applications from people expressing interest in serving on the advisory board.

broad range of views and perspectives about our town and our police department,” VanLuven said. “We particularly wanted to include members who had particular insights into the experiences that people of color have had with the police department, and who could offer recommendations on how to improve these interactions.”

In all, the board will comprise 13 community stakeholders, elected officials, the police department, county district attorney’s office, county public defender’s office, and a faith-based or nonprofit community group.

So, what’s next? We need only look to Guilderland to anticipate where Bethlehem will go from here.

Guilderland filled its committee in August and followed through with the advisory board’s first meeting last week. The inaugural meeting focused on assigning members of the 13-person board to various subcommittees. The names of each committee rings familiar with the volatile topics at the center of the social movement that sparked Gov. Andrew Cuomo’s Executive Order 203.

Executive Order 203 requires municipalities to address racial bias and disproportionate policing within communities of color. Town supervisors and chiefs of police sit in with appointed stakeholders to prepare the plan by considering directives expounded upon in the Governor’s Resources & Guide for Public Officials and Citizens.

“I greatly appreciate the willingness of persons to devote time and effort in this important mission which is the first step in the town’s planned concerted effort to eliminate systemic barriers that prevent people of color from enjoying the benefits of living in our community,” Barber said. “We were unfortunately unable to appoint all qualified persons to this committee, and hope that they will participate in the committee’s public forums.”

Subcommittees include Policies & Training, Response & Diversion, Criminal Justice Strategies, and Environmental Justice. Subjects range from the most visible examples in recent headlines, such as use of force tactics to more polarizing discussions surrounding environment.

“I look forward to working with the members of our committee as we improve police community relationships, promote accountability and transparency, and reduce racial disparity as identified in policing,” said Guilderland Police Chief Daniel McNally. “We will perform a comprehensive review of current police force deployments, strategies and policies, and develop a plan to move forward in a positive manner.”

The town promised to share the biographies of each member by posting them on to the town website at a future date.

Perhaps the most notable member of the board at this time would be Booth . In addition to being an adjunct professor at the University at Albany she has more than a decade of experience taking part in Christian missions to the Kingdom of Swaziland and South Africa. Her doctorate in ministry specialized in missions and cross-cultural studies. She co-pastors the Riverview Missionary Baptist Church in Coeymans with her husband, Rev. Antonio Booth.

“I think all of us on the board were blown away by the level of talent, the level of interest,” said Town Boardmember Dan Coffey. “It’s a shame we couldn’t make the board bigger because we had truly some amazing people applying.”

A ‘Frankenpine’ is coming to Colonie