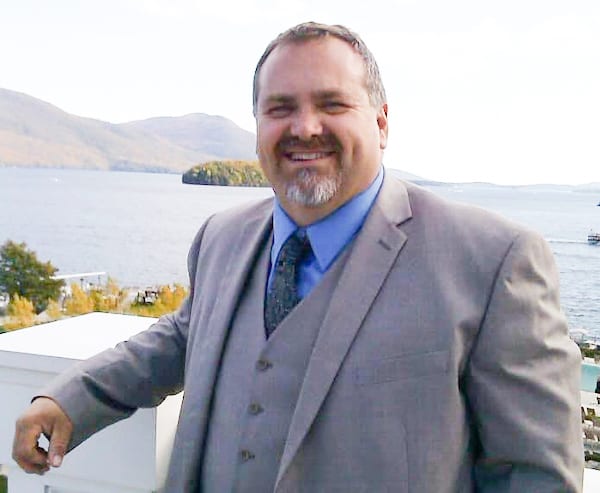 ALBANY — The Albany County Republican Party has a new chair, new officers and the committee is, for the next two years, essentially just nine people because of a quirk in the state party’s bylaws and a lack of valid petitions.

“It’s an honor to be given such an important responsibility,” said Randy Bashwinger, the Berne highway superintendent, town GOP chair and newly elected county chair. “Every county citizen and business will benefit from a stronger opposition voice throughout the county. My plan is to recruit strong candidates, give them the support they need and point out the shortcomings of one-party rule.”

Christine Benedict, the former county legislator from Colonie, opted not to run for the position she has held since 2014.

Bashwinger was unanimously chosen chair at the party’s organizational meeting on Friday, Sept. 25 and Joe Gomez, of Colonie, was elected vice chair, Lisa DeGroff, of Westerlo, is the secretary and Melissa Kermani, of Bethlehem, is the treasurer.

According to the New York State Republican Party bylaws, for a county committee to be considered “constituted” 25 percent of the committee representatives must circulate petitions and appear on the ballot. The rest of the 638 committeemen — two per the 319 election districts in Albany County — can be appointed.

The Albany County Committee failed to hit that threshold, said Republican Board of Elections Commissioner Rachael Bledi, so the committee had two options: allow the state party to take it over, or allow the state committee representatives — two per each of the five Assembly districts that include portions of Albany County — to control the party for the next two years.

“The interim committee has the full authority to elect officers and adopt bylaws and raise money and recruit candidates and issue certificates of authorization,” she Bledi said. “If you don’t organize the state steps in and takes over everything. We got a second bite of the apple, and we needed to do this. Everyone in this group represents different parts of the county and it is more of a democratic process to have people represent different parts of the county than miss a deadline and have it default to the state chair.”

The state party requires all county committees organize between Sept. 17 and Oct. 7.

In addition to a degree of disorganization by the GPO, COVID-19 contributed to difficulties in collecting petitions this year. Where in years’ past petitions were due at the end of June, because of a change in the presidential primary date that deadline was pushed up to April and then abruptly shut down in March because of the pandemic.

There are 10 state committee persons, one male and one female from each assembly district. Benedict was one of them, from the  110th Assembly District, but she didn’t show at the organizational meeting, Bledi said.

What impact it has on the local town and village committees is an open question. Bledi said the group will allow the cities, towns and villages to continue as they have been for decades.

“We have empowered chairs for each town/city to organize so we are continuing to use the committee structure,” she said. “The nine state committee members are limited to signing some legal documents. We will continue to defer to chairs and the committee officers for the majority of our functions.”

The bottom line, she said, Republicans in Albany County have not done a very good job providing anyone with a choice at the polls.

“A lot of people want to restore a two-party system to Albany County and you can’t do to that unless you have funds and candidates and a strong organizational structure so I think people are felling positive and hopeful about the changes,” she said. “We have a person who created a successful blueprint in a town where Democrats outnumber Republicans three to one. You have to give people a choice on the ballot.”

Bashwinger was elected to Town of Berne highway superintendent in 2014 and butted heads with the Democratic Party that controlled the rest of the town. As chair, he led the GOP effort that now stands as a 4-1 majority on the board including the supervisor.

Since Democrats outnumber Republicans in Berne by a more than 3 to 1 margin, Bashwinger was able to convince Democrats, those enrolled in the minor parties and the all-important non-affiliated voters to pull the lever for Republicans. Berne is one of the few in Albany County that has a Town Board controlled by the Republican Party.

He wants to take that to a bigger stage.

“The riots and lack of law and order in Albany and nationwide will only be stopped by a strong Republican party willing to stand up to mob rule and poor policies like the so-called bail reform,” said Bashwinger. “The staggering number of shootings in Albany this year alone should open minds to new leadership.”

For years, Republicans in Albany County have struggled in two political fundamentals: fielding decent candidates and raising money. There has not been a viable candidate for county executive since Dan McCoy was elected in 2011, the only race for DA this year was during the primary when another Democrat tried to take on David Soares and in 2019 the Republican candidate for county comptroller got beat by a near 2 to 1 margin.

And forget about any chance of having a competitive race for sheriff.

Some of the party’s woes can be placed on Benedict’s shoulders, she was the chair, but some is just plain demographics. As of February, there were 107,226 enrolled Democrats in Albany County and 37,894 enrolled Republicans. There are more registered voters, 48,505, not enrolled in any party than those enrolled in the GOP, a rarity across the state.

In Berne there are 920 enrolled Democrats and 466 enrolled Republicans, according to the state Board of Elections. And there are 563 unaffiliated voters.

“Congratulations to Randy Bashwinger for his new role as chairman of the Albany County Republican Party. I look forward to working with him to implement positive change for our community,” said the county Legislature’s Minority Leader Frank Mauriello, of Colonie. “I’d like to thank Christine Benedict for her years of leadership and her staunch devotion to upholding the values of our party.”