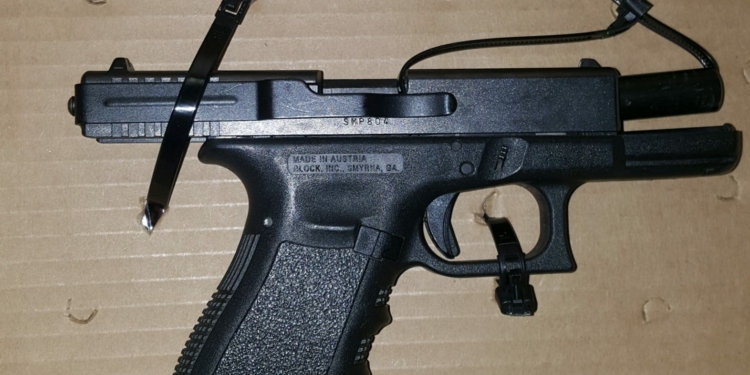 COLONIE — A 25-year-old Schenectady man who called police to report a burglary was arrested for criminal possession of a weapon.

According to Lt. Robert Winn, David Jackson told police he was confronted at his 4A Kabalian Drive residence by an unknown male suspect who hit him in the head and fled.

Officers checked the area for the suspect and saw evidence of weapon possession and drug activity in Jackson’s residence.

A search warrant was obtained and police found a loaded .40 Glock 23 handgun that was reported stolen in Georgia.

Jackson was arrested for the felony of criminal possession of a weapon and released on $10,000 bail.