Legislature to ban all fireworks in Albany County 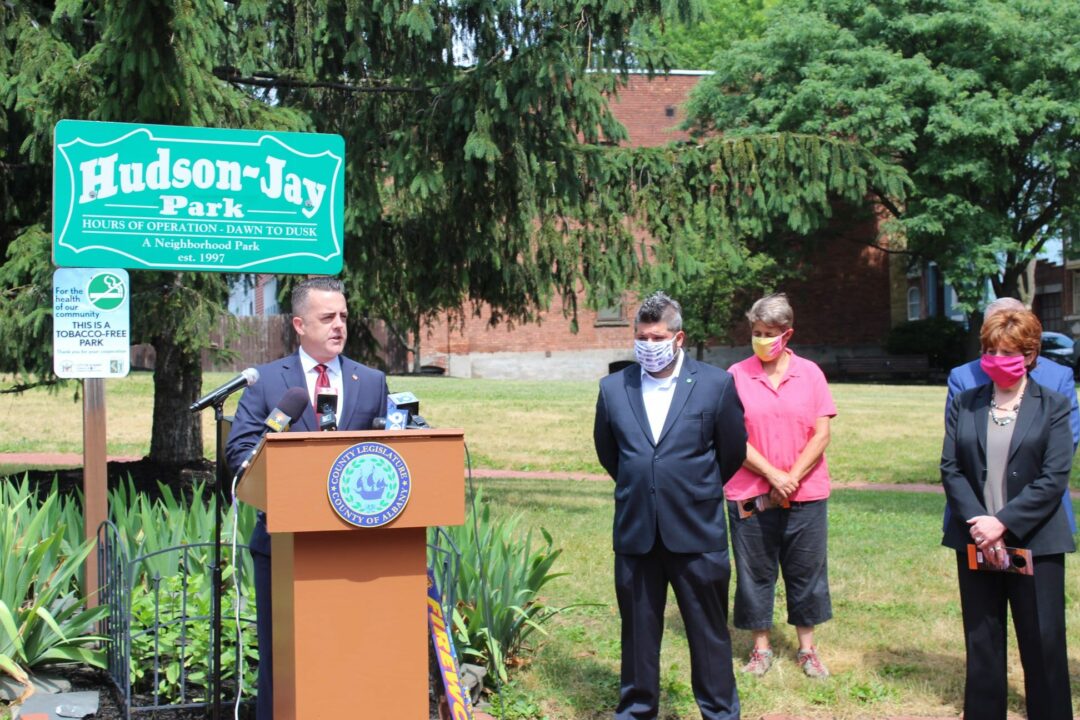 ALBANY — They can be heard going off in every neighborhood at any hour of the day or night. And it’s not limited to July 4 or even a week before or after.

To answer some of the complaints about fireworks, the Albany County Legislature is poised to ban the sale of all fireworks, including “sparklers.” A local law will be introduced on July 13.

Right now, counties can allow anything that does not get airborne is legal in most counties in New York like sparklers, snakes, poppers, fountains or anything that creates sparks or noises while sitting on the ground or held in the hand. They are legal to purchase in New York only from June 1 through July 5 for July 4 celebrations, and again from Dec. 26 to Jan. 1 for New Year’s Eve. Their strength is also regulated.

In 2014, the state gave counties the option to allow the sale and use of sparklers. Two years later, Albany County joined most counties across the state and opted in. Schenectady and Columbia counties are the only two in the Capital District to not allow them sold or used.

Anything airborne, like roman candles, bottle rockets or any of the commercial type fireworks are still illegal across the state. Also illegal are firecrackers, M80s and anything that makes noise or explodes without any other attribute to lighting the fuse.

Many states do allow aerial and other types of fireworks and it is not unusual for them to make their way into New York state around July 4. Simple possession of them is a crime as is lighting them off.

Calls about illegal fireworks are on the rise across the county and the different categories make it difficult for police officers to determine what is illegal and worth investigating and what is legal and a waste of time to pursue. The proposed legislation would clarify that ambiguity.

“Sometimes we get it wrong in local government. Back in 2016, I was wrong to support Local Law A which legalized certain types of fireworks in Albany County. This has made it impossible for law enforcement to discern between legal and non-legal fireworks,” said Chairman of the Legislature Andrew Joyce. “Incoming mortar rounds would wake me up on some morning at Baghdad International Airport while I served in Iraq. It was an unpleasant experience and now people in Albany County are dealing with similar sounds as fireworks explode in the street. This is unacceptable,”

The explosions are often of relatively high power and can scare pets, trigger PTSD in veterans and otherwise impact the basic quality of life. They were carried by rioters in Albany, and across the country, and fired at police officers.

“This year has seen a troubling pattern of more explosive devices and there has been a significant increase in the use of illegal fireworks every year since we legalized sparklers in 2016,” said Legislator Sean Ward, D-Green Island. “We have also seen injuries attributed to the use of sparklers, many in children under the age of 14 years old. The injury report is enough to support this legislation. It also sends a message that no fireworks are legal.”