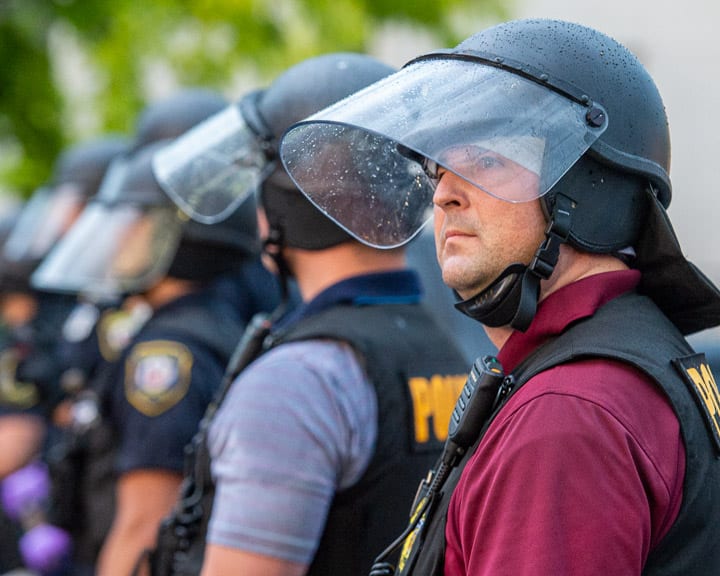 COLONIE – The town issued a curfew from 9 p.m. tonight to 6 a.m. Tuesday in response to the riots that caused more than $1 million on Saturday night into Sunday.

The riot started in the South End of Albany, but it spread to Colonie Center and Crossgates Mall. Colonie Center was broken into and police had all the entrances to Crossgates Mall blocked off while a number of cars drove by, some of the occupants taunting police. A number of businesses on Wolf Road were also reportedly targeted.

The emergency declaration is not in response to any specific threat but in “response to and anticipation of a threat to public safety arising from unrest and protests generated by the death of George Floyd.”

Colonie Supervisor Paula Mahan is asking all residents and visitors to abide by the curfew.

In Albany on Saturday, a tractor trailer was set on fire on Pearl Street and scores of businesses were damaged and/or looted along Pearl Street and Central Avenue. The Albany County office of Probation, Board of Elections and Children and Family Services were also heavily damaged.

At 10 p.m. Monday protester and Albany police were again clashing.

Despite COVID and riots, for Phase II still on for Wednesday