Despite COVID and riots, for Phase II still on for Wednesday 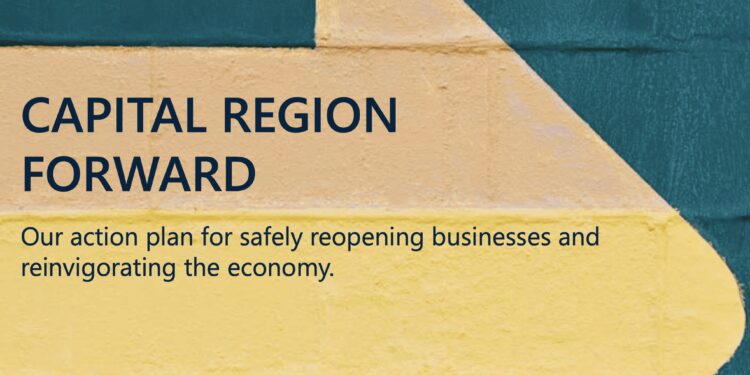 ALBANY — The governor said he fully expects to confirm a green light later this afternoon, giving the Capital District an OK to enter Phase II, allowing some 123,000 people to go back to work.

Coinciding with the nation getting a grip on the COVID-19 pandemic, is the worst racial tension in a generation boiling over to protests across the country followed by violence, looting and arson.

Gov. Andrew Cuomo said it is essential to separate the three issues.

“We have protesters who are very unhappy with what happened. They are outraged and I agree with them. What happened to Mr. Floyd was repugnant. By and large the protesters have been peaceful. They are upset and angry, but they are not violent. They want overdue reforms, reforms that should have been done 40 to 50 years ago.” he said during his daily briefing on Tuesday. “But there is a totally new situation. The looters have no right to wrap themselves in the flag of self-righteous indignation of Mr. Floyd’s death. They demean Mr. Floyd’s death. They are opportunists taking advantage of Mr. Floyd’s death. The police must stop the looting and criminal activities.”

He blasted New York City Mayor Bill de Blasio for not deploying enough police officers to stop the violence in New York City and or accepting his offer to deploy some of the 13,000 National Guard troops he made available for cities across the state.

Saturday into Sunday, rioters caused $1 million worth of damage in Albany and looted dozens of businesses along Pearl Street and Central Avenue. Monday night, Albany police arrested 11 people for a host of charges including inciting a riot. The violence on both nights followed peaceful protests in Albany, the same scenario that played out in cities across the nation.

Meanwhile, the 123,000 workers who have either been working from home or have been laid off since the state shut everything down on March 22 will return to a different workplace with different rules and protocols in place to keep the virus in check including mandatory masks, social distancing and hand sanitization stations.

Phase II will include professional services and office workers, real estate, retail with in-store shopping and barber shops and hair salons — sans nail salons and services. Common areas in shopping malls will remain closed but any retail establishments located in a mall can open if they have a separate entrance.

Phase III could open earlier than the two weeks projected lag, said County Executive Dan McCoy, provided the numbers continue to show promise and that will include bars and restaurants with sit down service.

On Tuesday, there were 1,754 positive cases in Albany County, up just 10 from Monday. It is particularly good news, McCoy said, because results are coming in from Memorial Day weekend, when people traditionally get together and it comes 13 days after the Capital District entered Phase I of the reopening plan.

The latest threat to the Capital District metrics, though, is the protests and riots, the latter presenting potentially a bigger problem because the

former has, by and large, been as socially responsible with COVID precautions as they have with delivering their message.

McCoy too urged calm in his county, where the violence has spread to communities surrounding the City of Albany including Colonie and Guilderland.

“You can get more done with peace than with riots. It takes away from the issues people are angry about,” he said. “They are not  to be able to focus on the message but they will be focusing on the stores that are looted, the cars on fire and the tear gas and the fireworks being shot at police. Let’s focus on why people are outraged and that is putting the focus on the man who was killed for no reason.”

He said it is particularly upsetting to know many of the looted businesses were set to reopen Wednesday after a two months of shut down and were already struggling.

“People are getting ready to get into Phase II. All their hard work was destroyed. Two months can set a small business back two years or four years,” he said. “You build up your business and you have all this product and then there are no customers for two months. And they get ready to reopen, and now it will be weeks before they can because they are putting they have to put their store back together.”