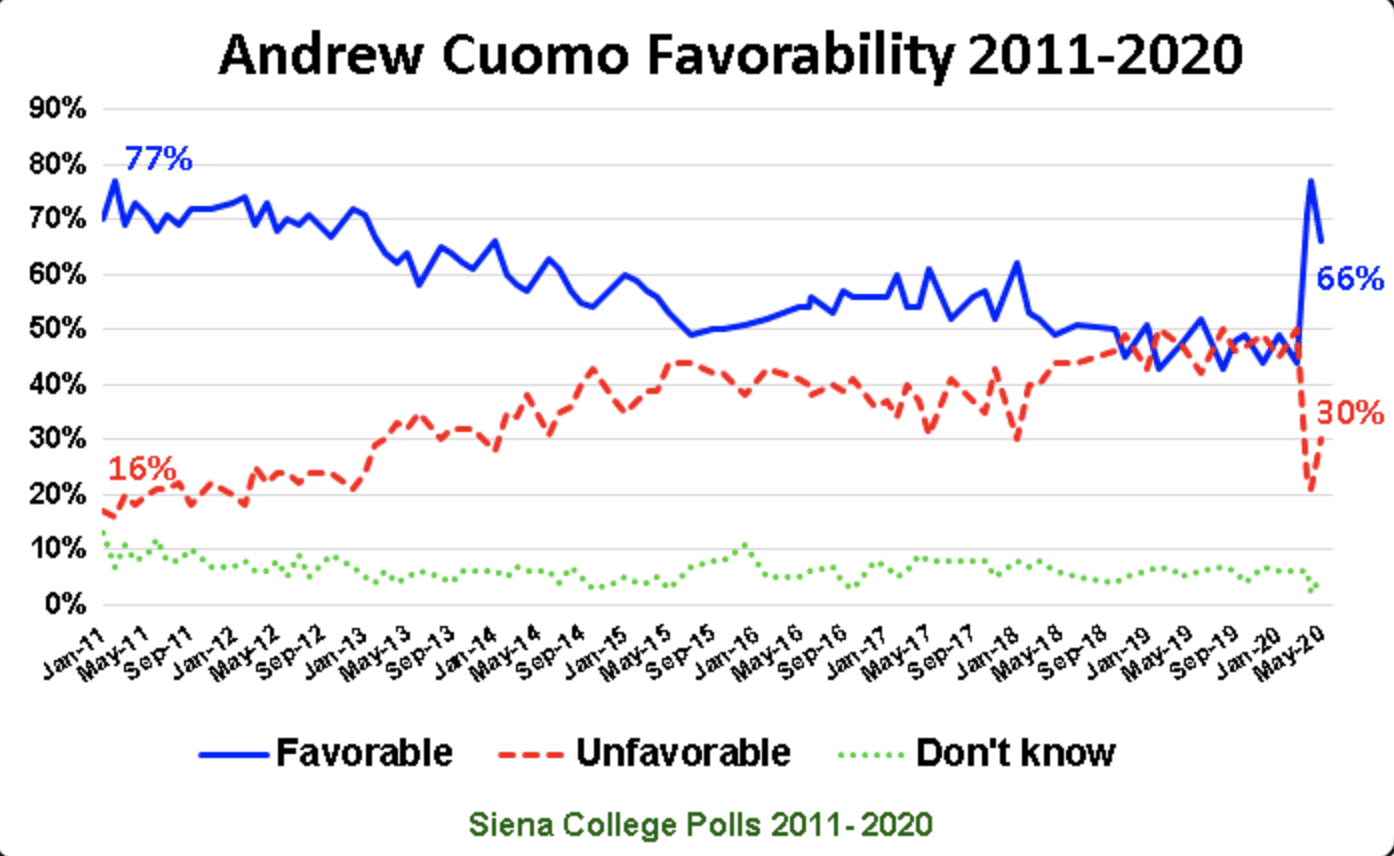 By a large margin, 65-32, New Yorkers say the dangers of moving too quickly, spreading the virus faster and more lives lost, is greater than those of moving too slowly, a worsening economic impact and more jobs lost.

Sixty-four percent of the respondents think Gov. Andrew Cuomo’s phased in plan to open New York is an excellent or good method while 34 percent think it is fair or poor.

Despite contradictions in their effectiveness, by an 89-9 margin New Yorkers support Cuomo’s order requiring them in public when a social distance of six feet cannot be maintained. At the same time, 71 percent say they saw a mask-less someone where the above protocol applies.

“Support for wearing masks in public is near 90 percent with Democrats and downstaters and at least 82 percent with Republicans, independents and upstaters,” Greenberg said. “While fewer than 10 percent of voters from every party and region say they never or only sometimes wear a face mask in public, more than two-thirds of voters say they’ve encountered someone in the last week not wearing a mask when they should have been.”

Cuomo’s favorability rating dropped 11 points from last month to 66 percent of the respondents giving him a thumbs up and his overall approval rating of how he is handling the pandemic slipped from 84 percent to 76 percent.

With his daily press conferences, 81 percent approve of how he is communicating with New Yorkers while 48 percent give him a negative rating when it comes to his handling of nursing homes.

“Cuomo’s stratospheric ratings from New Yorkers in April have fallen from their record highs but remain very strong as two-thirds of voters still view him favorably,” Greenberg said.

Democrats view his handling of nursing homes positively, 54-39 percent, 55 percent of Republicans and 61 percent of independents give him a negative grade. Voters 55 and older are closely divided, with 49 percent grading him positively and 46 percent negatively, according to the poll.

The Siena College poll was conducted May 17-21 by calling 796 registered voters in New York state. It has an overall margin of error of +/- 3.7 percentage points.

Albany County goes a week without a COVID-19 fatality