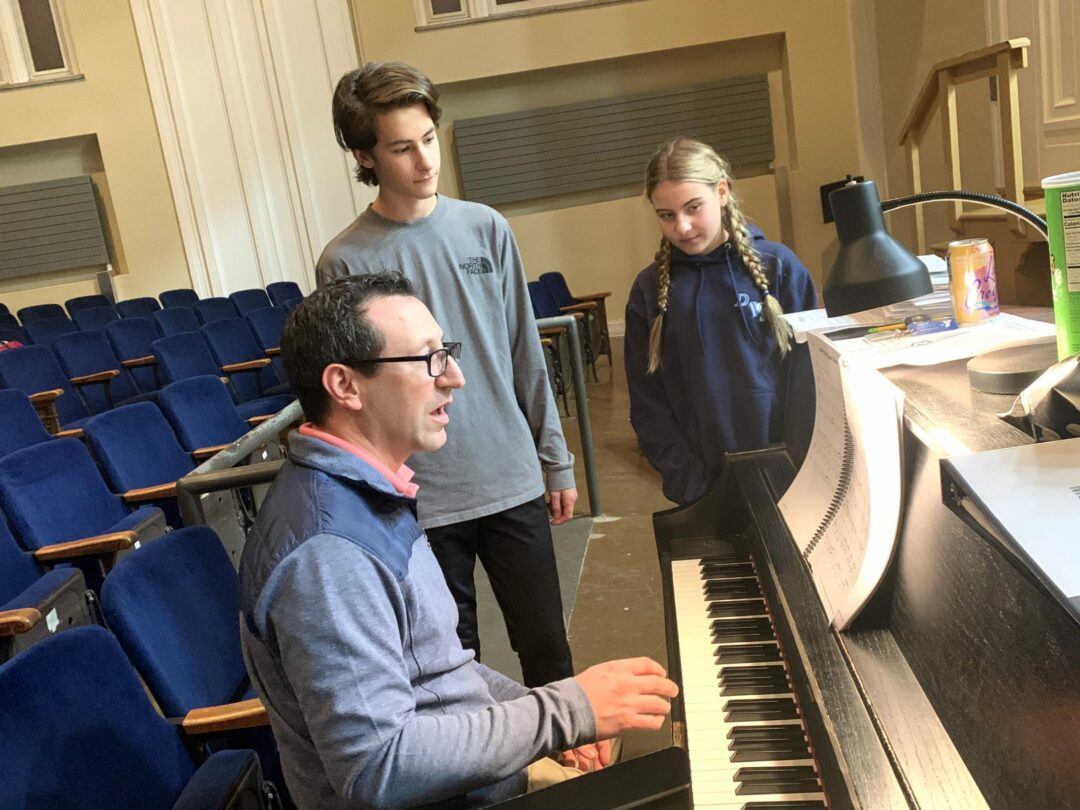 BETHLEHEM — Get ready to journey back to the kingdom of Arendelle as the Bethlehem Central Middle School is staging “Frozen Jr.” in January 2020.

The musical production, lasting around 90 minutes, closely follows the original 2013 “Frozen” film and its namesake Tony Award-nominated Broadway musical. Expect a mix of iconic songs like “Let It Go” and “For the First Time in Forever” as well as new numbers for “Frozen Jr.” Audiences would see princesses Elsa and Anna, iceman Kristoff, snowman Olaf, reindeer Sven and the shady Prince Hans of the Southern Isles dazzle onstage.

At the helm of “Frozen Jr.” are director and choreographer Lindsay Dashew, musical director Jason Dashew and technical director Katy Daly. Around 148 students, half are cast members and the other half are crew members, are involved in this production, along with dozens of parent volunteers.

This being her eighth year doing middle school productions now, Lindsay said, “I love Disney-ish shows for the middle school age and I think they’re good stories to tell. We also tend to draw in a little bit younger audience. To do shows that are appropriate for all audiences is really important.” She added that she enjoys how the film revolves around two loving sisters and has themes of self-empowerment and supporting strong women.

Auditions had been held in the fall and rehearsals began in early October.

Coincidentally, a national tour of the “Frozen” Broadway musical stopped by Proctors in Schenectady this past November and Natalie Wisdom — an actress, singer and dancer who played a Swing in the cast — visited the middle school on Nov. 18. Wisdom spent two hours holding an after-school performing workshop for the “Frozen Jr.” cast.

Lindsay said her visit happened because Wisdom is a personal friend of Lindsay’s brother who is an actor too. “The kids loved it and sometimes, they get tired of listening to me,” Lindsay chuckled. “But then you bring in someone who has this experience that they are all also hoping to have, and they enjoyed it and I think they got a lot out of it.”

Such a visit related to how the Bethlehem school district has “a very robust theater program,” Lindsay said, and many students also study and do theater outside school. “I think that theater here is respected and therefore, the kids really consider pursuing it,” she said. “Every year, some kids graduate to go on to do theater in high school or college or so on. In our district, we are well-respected and well-supported, and the kids look at it as a real thing.”

When asked if she felt any pressure doing a show based on an iconic media franchise, Lindsay said, “It’s actually kind of the opposite. These kids grew up with Frozen and are very familiar with it so when it came to teaching the music and knowing the lines, they already know it because they watched the movie hundreds of times.” She also said her own eight-year-old daughter had watched the film many times. “She was like one-and-a-half when it came out,” she said.

Since the film is fairly recent, doing research on props, set designs and costumes were easy, according to Lindsay. She added that the students and parent volunteers helped build the props and create costumes, although some costumes are rented from a third party.

“So, come and see ‘Frozen Jr.’ and buy your tickets early!” she concluded.