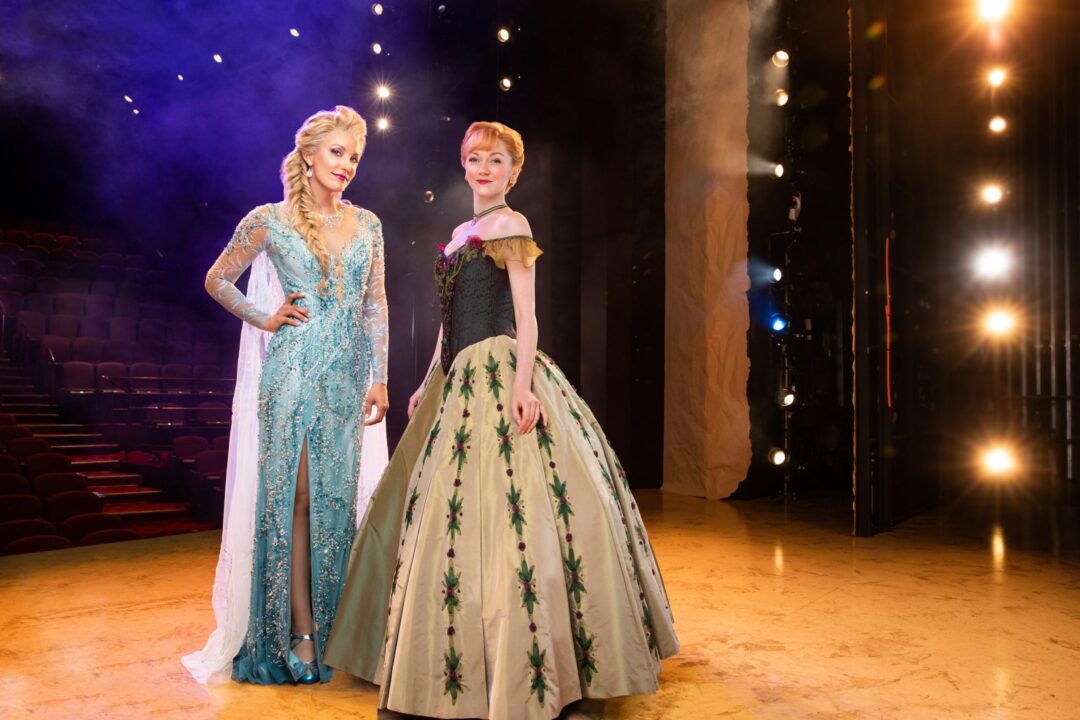 A national tour of the hit Disney musical, “Frozen,” has started in Schenectady, with performances scheduled from Nov. 10 to 24 at Schenectady’s Proctors. The musical was a prime example of how when Disney fully trusts one of its own products, it unashamedly can erect a billion-dollar media franchise with two feature films, theme park attractions, children’s books, Halloween costumes and more. “Frozen 2” is also expected to make a box office avalanche once it reaches theaters on Fthespot518theriday, Nov. 22 which surely would make children sing with glee and parents groan in defeat.

The musical originated as a pre-Broadway tryout in Denver, Colorado in late 2017 but grew to become a Broadway musical, starting in February 2018. It was nominated for Best Musical, Best Book of a Musical and Best Original Score (Music and/or Lyrics) Written for the Theatre at the 2018 Tony Awards.

The audience has been mesmerized by the sheer production value and soaring vocals that they have witnessed since the musical began its run at Proctors. Following the film’s storyline closely, it explores the relationship between Anna, the exuberant and romantically-naive younger sister, and Elsa, the elder who wrestles with her abilities to conjure ice and wintry weather. Their dynamic mirrored that of the film because despite Elsa being distant from Anna and accidentally sending the kingdom of Arendelle into an eternal winter, their sisterly bond and love for each other never ceased to warm up the stage.

The two sisters coincidentally are played by two women who share a first name.

While attending the Nov. 15 show, Caroline Bowman proved she was a vocal powerhouse as Elsa; whenever she belted out familiar lyrics from the film and even original songs exclusive to the musical, the theater erupted into thunderous applause. Another highlight was Bowman’s facial expressions throughout the musical — from dramatic raised eyebrows whenever a character got physically too close to her character when she was still struggling with her powers, to that of genuine concern when she believes Anna has either been injured or killed.

Anna was played by Caroline Innerbichler who consistently provided comic relief as she never lost her bombastic and animated personality. Innerbichler proved to be a triple threat since besides her impeccable voice and acting, her flexible body yielded impressive choreography onstage.

Arwen Monzon-Sanders and Jaiden Klein played young Anna and Elsa respectively and as they opened up the musical, they helped set an optimistic and classic Disney feel for the rest of the night too. Monzon-Sanders, in particular, portrayed Anna as a little firework of a girl who kept on literally jumping on beds, pleading with her sister to build a snowman and running around the stage.

While there were several original songs and characters in the musical, the performance’s highlights were during familiar moments from the film. “Let It Go,” the iconic number sung by Tony Award-winning Broadway veteran Idina Menzel in the film, was the song that closed the first act. As Bowman created an ice palace amid liberation-themed lyrics, gigantic sets of faux ice, as well as breathtaking background visuals of a flurry winter, gathered to offer a cathartic performance, along with a dramatic wardrobe makeover. Elsa’s regal outfit transformed into her famous bright blue ensemble and the stage instantly went black as the song ended, sending the audience into an applauding frenzy.

The musical was adorned with a great supporting cast: Mason Reeves as Kristoff who fluidly executed the choreography; his lovable reindeer, Sven (portrayed by Evan Strand as a more-than-life-sized puppet costume); and Olaf the snowman played by F. Michael Haynie who provided numerous sight gags and impressive vocals.

The production value was so vast that when Elsa accidentally set off her icy powers in the castle for the first time (in forever?), the sudden surge of ice onto the stage sent some children gasping in shock, which showed how big the musical’s stakes are, while being a Disney property.

With falling snow, alluring princes and princesses, mountainous vocals, artful choreography, messages of being independent women and self-empowerment, an overall bright blue color scheme, and Sven and Olaf running across stage, the “Frozen” musical seems like a perfect family-friendly package for audiences who are nostalgic for the classic Disney musicals, bordering-on-cheesy romance and all-too-familiar lyrics.

A birthday bash for ‘Albany’s’ WEQX

The ghosts of music’s past come back for Groovin’, a benefit show, Friday at The Egg