Legislator wants to do away with longevity for elected officials 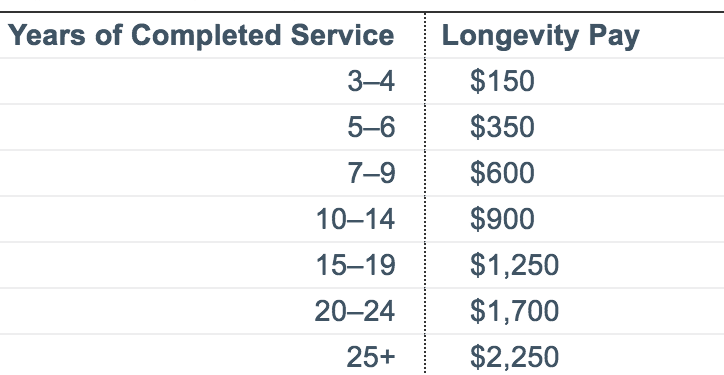 ALBANY — A county legislator is looking to end longevity pay for elected officials.

Mark Grimm, R-Guilderland, said “no elected office should be considered a lifetime appointment.”

“Longevity pay presumes the recipient is entitle to the position,” Grimm said. “That’s a decision to make at the end of each term.”

Longevity pay is a bonus often negotiated into union contracts and is based on the number of years employed as a way to reward long-time employees. They are above and beyond pay raises and salary increases.

Many municipalities are streamlining union contracts and offering different unions basically the same packages. Also, the provisions of those contracts are often extended to non-union employees – those appointed by elected officials.

But it is rare for the same benefits to apply to elected officials, who set salaries for all positions in any municipality including their own positions. Grimm said the City of Albany offers longevity pay to elected positions as does Schenectady County.

Grimm said the bonuses for elected officials in Albany County can run as high as $2,250 a year for those with 25 or more years of county employment.

Those working for the county for between three and four years the bonus is $150 a year, which bumps up to $350 a year after five years and up to six.

He said longevity pay is lumped into a single budget line for agencies, making it difficult to determine compensation for elected officials. His proposed ban, which would not apply to union employees, will likely be assigned to the appropriate committee for review and could come before the Legislature at the Aug. 13 meeting.