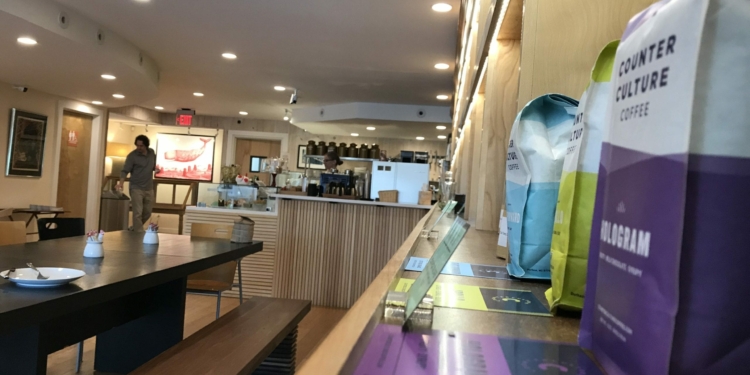 HILLSDALE — The Harlem Valley conceals many secrets one would not expect in rural Columbia County.

Some of the border towns that skirt along the New York state line were once a part of the Massachusetts Commonwealth, but the region proved to be too difficult to manage. The communities were often forgotten or neglected by Boston. It had made for a great place to duck away from the law. There were often unsanctioned, bare-knuckle boxing matches that drew hundreds to Boston Corners. Locals still talk about how a fight between Yankee Sullivan and John Morrissey caused a riot to spill into neighboring Millerton, though no one remains alive who actually witnessed it in 1853. It later helped Congress approve the valley’s cession to New York, restoring balance to the region.

The valley remains nearly as rural as it was generations ago, with sprawling pastures for dairy farms running the length of both New York Routes 22 and 23. Stop where the two roads intersect and you’ll be in Hillsdale. The tranquility of its rolling hills has attracted urbanites from bustling cities to pick up and move here. Sprouted between the farms lands, the vegetable stands and sunflowers stands a few store fronts influenced by varied backgrounds not akin to the neighborhood.

Carrie Chen and Stanley Cohen opened Casana T House next door to the historic Mount Washington House on Route 23 last September. Within is a sense of balance where how you define the store depends on your perspective. For example, Cohen sees it as a place to grab a cup of coffee or espresso. For Chen, it’s one of the few places you can find exquisite teas from China and Japan — and learn how to brew them properly. Not the mention, it’s the only place you’ll find an authentic Asian meal in town.

“When Stanley and I moved here four years ago,” Chen said, “we met many talented neighbors so I decided to have the T House not only serve good food, but to expand the conversations we found ourselves having about work, art and life with the people we were meeting in this community.”

The restaurant will soon serve as the setting for a summer series that features arts, lectures and special dinners. It starts with a free lecture featuring arm critic and biographer Jed Perl, who will lead a discussion on noted 20th century sculpture Alexander Calder, on Sunday, June 10. The discussion will include

Cohen in the conversation about the three-dimensional artist, whose art can be viewed at the Empire State Plaza in Albany. Perl only recently completed a nation-wide book tour in conversation with Sandy Rower, Calder’s grandson. Cohen, who was Calder’s long-time friend, neighbor and legal advisor will step in for Rower this week.

Every weekend for 10 years, Cohen said he had spent in Calder’s company. Often times, they were not alone. He said he felt like he was “small potatoes,” as the artist hosted drop-ins with author and orator Christopher Hitchens, comedic actor Sid Caesar, “Death of a Salesman” author Arthur Miller, and “Shoah” documentary filmmaker Claude Lanzmann.

“I was probably too young to recognize or understand that he was an important figure in 20th century art,” said Cohen. “It was only over a period of time when I attended some of the retrospectives, and I saw his works from the 20s on, did I realize his importance.”

Calder was 40 years Cohen’s senior. By the time the two met, Calder was already a world acclaimed artist. The lawyer said he would not dare involve himself in conversation about art. Instead, the two bonded over politics. Calder famously refused the Presidential Medal of Freedom from U.S. President Gerald Ford, out of protest over the Vietnam War. “Often, our talk was about politics,” said Cohen. “It was the height of the Vietnam War and we were among the early demonstrators, and that’s what consolidated my relationship with him.”

Cohen intends to exhibit his personal collection of Calder’s work — including a mobile in which he is famous for producing — during the June 10 event.

The summer series at Casana T House will resemble those drop-in dinners — intellectuals sharing thoughts over a special dinner. The lecture is free. The dinner afterwards will cost $30. Reservations are required, as seating is limited to 40 people.