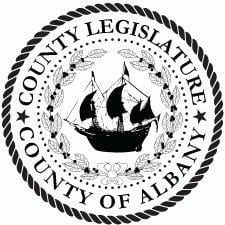 ALBANY — Scores of people showed up to speak about a proposed county law that would require employers to offer paid sick leave to employees who work more than 80 hours in a given year during a public hearing on Tuesday, May 29.

Sentiment was roughly evenly divided: workers and advocates favored the law, saying it would promote public health and ensure that lower-income workers wouldn’t face financial catastrophe if they become ill; while business representatives and nonprofits were opposed on the grounds that the additional financial burden would be untenable.

Local Law “C” for 2018 would let a worker employed in Albany County for more than 80 hours in a calendar year earn one hour of sick time for every 30 hours worked. For businesses with more than 10 employees, workers would be entitled to earn up to 72 hours and, for businesses that have between six and 10 employees, workers would earn up to 40 hours of paid sick time annually.

In all cases, employers can opt to offer employees a higher limit. Additionally, any unused sick time would roll over to the following year, unless the employer opts to pay the employee for that unused time. The law does not apply to those who are covered by a collective bargaining agreement.

Employees would be entitled to use their time to care for themselves or their family (including “any individual related by blood or affinity whose close association with the employee is the equivalent of a family relationship”) through sickness, injury, diagnosis, a health “condition” or while receiving preventative care. They could also use accrued sick leave when they or their family member’s place of employment closes due to a public health emergency or when either has been the victim of domestic or sexual abuse or human trafficking, including time to meet with attorneys, relocate or file legal reports. Sick time can be used in the “smallest time increments that the employer’s payroll system uses to account for absences or other time.”

Legislator Paul Burgdorf, (R-Colonie) said if the bill were passed it would be “creating a major disincentive for new businesses to locate to Albany County” and would “contribute to the demise of small businesses and cuts in services provided by not-for-profits.”

“We have no business mandating private sector employee benefits and making Albany County businesses and not-for-profits uncompetitive with other jurisdictions,” Burgdorf said. Citing testimony at the hearing, during which David Brown, president and CEO of Capital District YMCA, stated that his organization—which operates four YMCAs, 18 after-school programs, seven camps and an early-childhood center—would face an additional $500,000 in expenses annually. He characterized the law as a mandate that would “kill jobs, services and small business growth.”

Following the public testimony, Legislative Chair Andrew Joyce said that the legislation would have to be “tweaked” before it comes to the floor for a vote by the full body. “I’m in discussion with the sponsor and activists on a broader exemption for small businesses and certain nonprofits,” he said. “It definitely needs tweaking. Maybe even another public hearing.”

Legislator Bill Reinhardt (D-Bethlehem), who is listed as a sponsor on the bill, said that he would not be opposed to the law “being slightly tweaked” if that were what is needed for it to pass.

“The devil is often in the details,” he said. “This is one of those cases where there are good arguments on both sides. Obviously, the businesses have a perspective and are concerned about their bottom lines. I tend to view the priority as the health of the workers and the public health associated with those who can’t afford to be fired and so they go to work sick, perhaps they’re handling food. We’ve seen a lot of information about those public health aspects.”

Reinhardt also said it was the right move for a modern economy. “I do think it ultimately needs to be a widely applied law so that it’s an equal playing field for everybody,” he said, suggesting, however, that implementing the law locally will level the playing field for those employers in Albany County who already offer paid sick leave, “because they feel it’s the right thing to do.”

In Bethlehem, business owners are divided on the issue, according to Chamber of Commerce President Jennifer Kilcoyne. She said small business owners were more concerned about how they would be affected by the proposed law, while larger business owners either already offer paid sick leave or would be better able to absorb the additional cost.

The proposed law is currently being considered by the Law Committee and will be a topic of discussion during its next meeting on Wednesday, June 27.

“I expect that there will be a fair amount of discussion about it, given the volume of speakers and range of views expressed at the public hearing,” said Tim Maniccia, Joyce’s chief of staff.

The earliest a vote might take place is on Monday, July 9. If adopted, it would go to the office of Albany County Executive Dan McCoy, who will hold another public hearing before vetoing the bill or signing it into law. If he signs, it would become effective 180 days later. In the case of those under a collective bargaining agreement, the law would become effective upon termination of said agreement.