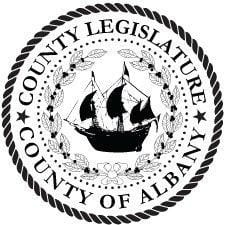 ALBANY COUNTY — The Albany County Legislature unanimously passed the 2018 budget on Monday, Dec. 4, making it the second unanimously approved budget in the more than two decades that Chairman Sean Ward has been a member of the body. Last year was the first.

The only apparent source of contention in the conversation that led up to the vote were several lines in the comptroller’s budget — two new auditor positions for $40,000/year and 12.4 percent raises for three assistant positions, bringing their annual salaries to more than $108,000.

Legislator Mark Grimm (R-29), of Guilderland, offered amendments prior to the budget’s passage that would have cut the additional positions and reduced the pay raises to the same two percent cost of living increase that other non-union county employees are receiving, which is the same raise proposed in the county executive’s budget.

“The justification for the auditors from the comptroller’s office,” said Grimm, “is that they want to do more auditing of sales tax. Well, this is an issue that’s been around for 30 years. And, there was a part-time auditor position in the comptroller’s office that went vacant for over a year. So the suggestion now that there’s a critical need for two auditor positions when there was a vacant position for over a year has little credibility in my view.”

The amendment to cut the new positions failed, 25-13, and the amendment to reduce the raises was more narrowly defeated by a vote of 20-18. Legislator Gary Domalewicz (D-10), chairman of the Audit and Finance Committee, which held a series of four budget meetings during which legislators had the opportunity to question department and agency heads about their programs and budget requests, voted against both.

(The legislature did not approve the full 20.3 percent salary increases originally requested by the comptroller’s office, which would have brought the three salaries to more than $115,000 annually.)

Legislator Todd Drake (R-19), of Latham, also offered an amendment to have the legislative body forgo its two percent legislative raises and set them aside in a “tax stabilization” rainy day fund. He was quickly informed that legislators aren’t allowed to do so, due to the fact that the raises were approved by a prior legislature and the current body is not allowed to decrease or increase approved raises for themselves.

“I would just like to say that we’ve probably had, we did have, the most open and transparent process in the state, any government in the state, as far as this budget,” said Domalewicz. “We had all of our agendas out there on our website for everyone to review. We televise and tape our meetings so that anyone can go and look at them any time they want.” He congratulated his fellow legislators and legislative staff for working to pass what he characterized as “the most transparent budget that I’ve ever been a part of in my many years here.”

Every Town of Colonie employee to get a raise