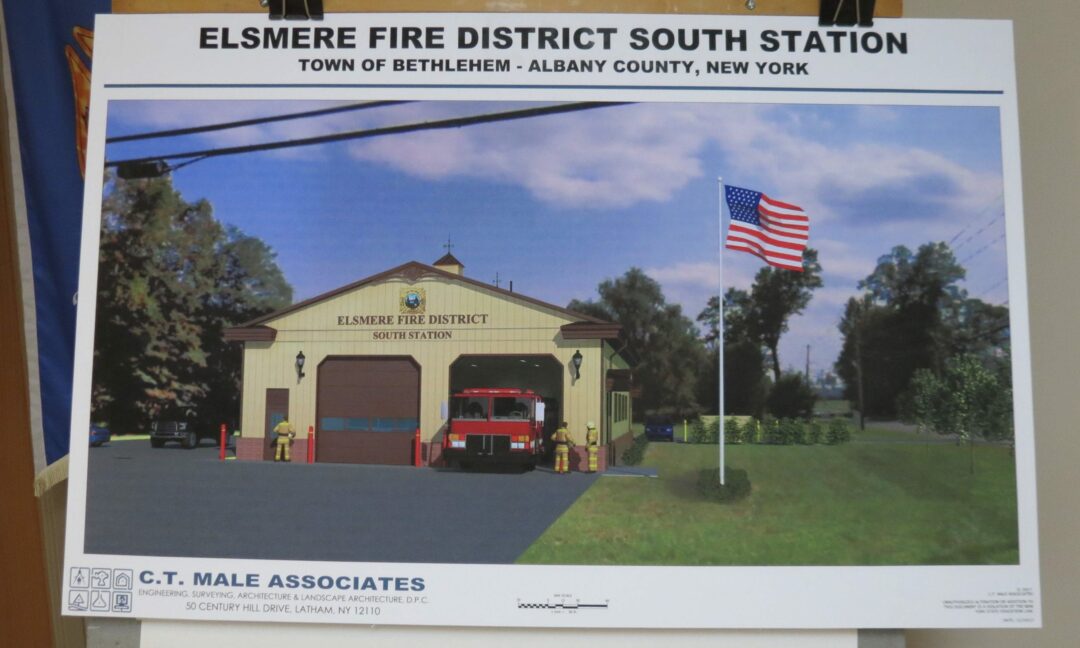 ELSMERE — A ballot proposition authorizing the financing and construction of a $1.4 million, 4,608 square foot fire district substation at Feura Bush and Wemple roads, passed last night by a vote of 272 to 180.

Commissioner Richard S. Webster was also re-elected to a five-year term on the district’s Board of Fire Commissioners.

The new station was proposed to better serve those in the southern portion of the district, and contested by those who believe that the district should coordinate better with volunteers from the Selkirk and Delmar districts, both of which have a station within a mile and a half of Wemple and Feura Bush roads.

A meeting held on Wednesday, Dec. 6, to present the ballot proposal to district residents got heated at points, as members of the town’s various fire districts voiced their opinions on the matter.