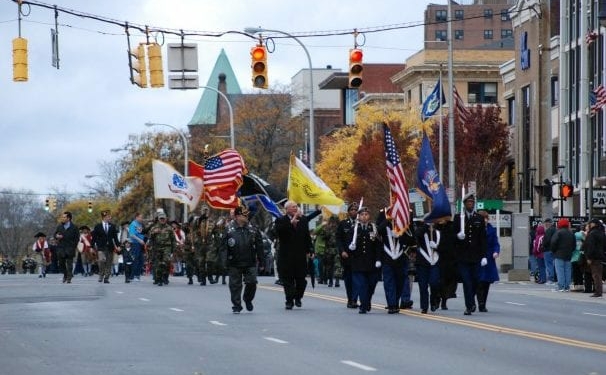 ALBANY COUNTY — The Albany County Legislature unanimously passed a local law this month that will allow LGBT veterans who were discharged under the federal ‘Don’t Ask, Don’t Tell’ (DADT) military policy to receive benefits for which they have been previously ineligible.

“The Legislature finds that Albany County, being a leader in equality and justice for all, will not forget the generations of LGBT veterans who suffered through past institutional discrimination and were forced out of military service due to their sexual orientation or gender identity,” reads the Albany County Restoration of Honor Act (Local Law No. X for 2016). “An estimated 114,000 service members have been discharged because of their sexual orientation or gender identity since World War II, leaving many with tarnished military records and reputations that have unfairly jeopardized their ability to access employment, scholarships, and vital services.”

“I remember what it was like raising my hand and swearing an oath to the country I love,” said County Legislator Andrew Joyce (D-9), the bill’s lead sponsor. “It was one of the proudest moments of my life. I can’t imagine making that commitment only to be told you cannot serve because of who you are or who you love. That was all I needed to see this legislation through to unanimous support.”

Under the legislation, no veteran will be denied eligibility for any county program, service or benefit based solely on his or her status as a discharged LGBT veteran. It will also empower those individuals to seek assistance “in requesting discharge characterization upgrades, changes of narrative reasons for discharge, changes of separation and separation program designator codes and changes of reentry/reenlistment codes” from the Albany County Veterans Bureau.

A discharged LGBT veteran seeking assistance or a certificate of eligibility must provide a copy of their discharge papers, as well as a personal affidavit describing the circumstances surrounding the discharge and any relevant records. The veteran will only be eligible for assistance if there were no other “aggravating circumstances that would have independently led to a discharge characterization that was less than honorable.”

“With the latest attack on transgender members of the armed forces by the Trump administration, the Albany County Restoration of Honor Act is a progressive step in the face of discrimination and injustice,” said Martha Harvey, executive director of The Pride Center of the Capital Region.

“There are presently thousands of transgender individuals serving in the armed forces — from troops on the ground to medical providers,” said Harvey. “It is crucial to recognize their service, as well as the service of lesbian, gay and bisexual patriots, who enlisted to serve their country. Once the ban is instituted, we will see more transgender veterans returning to communities across the country. That is why this proposed legislation is so important.”

“The DADT policy was sanctioned discrimination,” said County Legislator Alison McLean Lane (D-14). “They have fought to preserve our freedoms, including freedom from discrimination. Now, we are obligated to fight for them. I’d like to thank Andrew Joyce for introducing this important legislation, and for his service to our country.”