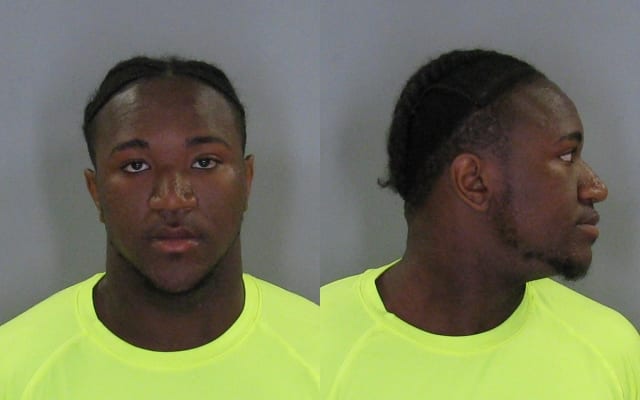 BETHLEHEM – The Albany man who made headlines – and enraged a community – for getting a nine-year prison sentence for stealing sneakers is in trouble again.

Marquis Dixon was arrested on Tuesday, Sept. 12, after he allegedly tried to pass a fake $20 at the Petrol Gas Station in Glenmont, according to Bethlehem Police Commander Adam Hornick.

Employees of the gas station reported the fake $20 to police on Saturday, Sept. 2. An investigation led to Dixon’s ID, and a search warrant was executed by Bethlehem and Albany police departments.

Dixon is charged with felony criminal possession of a forged instrument and petit larceny, a misdemeanor.

He was arraigned in Bethlehem Town Court and remanded to the Albany County jail on $20,000 bail. He is due back in court on Friday, Sept. 15 for a preliminary hearing.

Dixon, now 20 years old, was convicted in 2014 for brandishing a handgun and stealing a pair of sneakers. He was sentenced to nine years in prison, but an Appellate Court ruled he was wrongfully denied youthful offender status and reduced that sentence to three years. Since he had already served more than two and a half years, he was released.

The initial sentence was decried by community members, activists and some in the media as being too harsh for an innocent youth who did something stupid. He became a poster child for the “Raise the Age” movement in New York state.

Late last year, he was arrested for a parole violation and sent to jail for about three months. In February, he was again arrested for violating the conditions of his parole.

In April, Albany police charged Dixon with a felony for using a fake $20 to purchase ice cream in Albany. He pleaded guilty to a misdemeanor.

In May, he was arrested for threatening his mother with a steak knife and charged with the felony of criminal possession of a weapon and the misdemeanor of menacing.

PICK OF THE WEEK: Pearlpalooza goes down this Saturday