PICK OF THE WEEK: Pearlpalooza goes down this Saturday 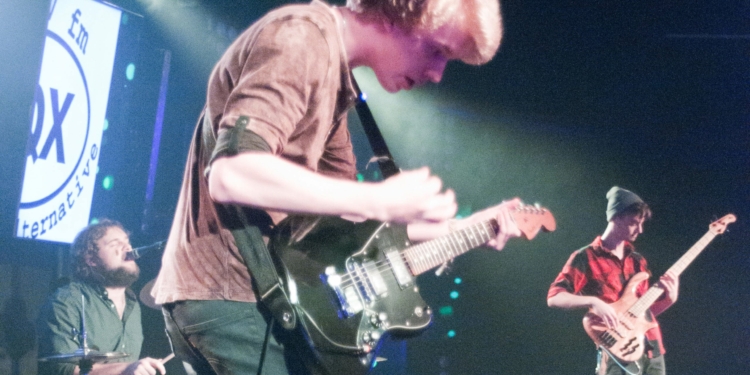 Hasty Page and other local rockers will kick off Pearlpalooza. Michael Hallisey / TheSpot518

ALBANY — An argument could be had that this year’s Pearlpalooza started this summer at Jupiter Hall in Crossgates.

That’s where 102.7 WEQX hosted its Battle of the Bands to determine what local band would open its annual party on North Pearl Street in downtown Albany.

The day kicks off for WEQX with a live broadcast of its show The Coffee House from the Stacks Espresso Bar at 7 a.m. It’s just one example of the events happening along the fringes of the common midway up and down Pearl.

The radio broadcast is followed by the “Acoustic Garden” at Jim Dinapoli Park, at 11 a.m. At that same time The Hot Yoga Spot and Warehouse Wellness will conduct #YogaPalooza until 4 p.m.

Then, there is the live music.

Headlining this year’s festival is K.Flay, which jutted out into popularity with its hit single, “Blood in the Cut,” off its 2017 release, “Every Where Is Some Where.”

Other acts include Rubblebucket, Arkells, Colony House and Kimono Dragons.

Music on Pearl Street begins with the winner of the Battle of the Bands, Hasty Page.

Hasty Page, a three-piece alternative band from Albany, beat a field of three local bands on Wednesday, Sept. 6 in the final round of competition.