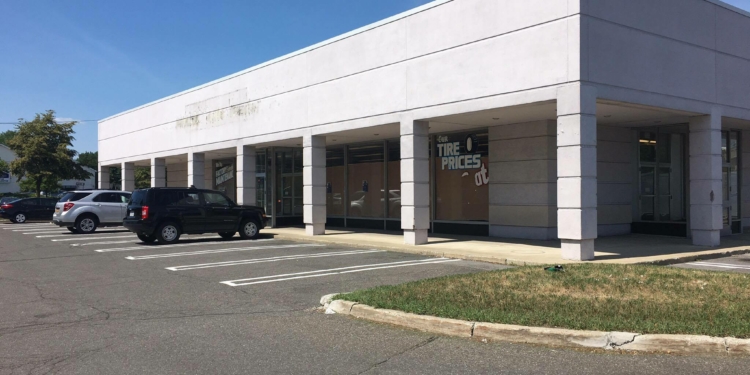 The former Sears automotive shop at the intersection of Wolf Road and Central Avenue.

COLONIE — Work is moving along on a new restaurant slated for the old Sears Automotive building at the corner of Wolf Road and Central Avenue.

BJ’s Restaurant and Brewhouse is slated for the front third of the long vacant building owned by Seritage Growth Properties, a New York City-based management group that leased primarily to Sears and K-Mart stores.

While there are two other spots at the 28,000-square-foot former automotive store, chair of the Colonie Planning and Economic Development Department, Joe LaCivita, said the town is unaware of any other potential tenants.

BJ’s is slated to use a 7,800-square-foot portion of the building and since the site plan calls for no major revisions to the commercial building, the Planning Board didn’t have much say in the matter.

“The way the plan came into us is they are taking Sears automotive and converting that into three tenants,” LaCivita said. “We only know of BJs and have not seen anything else come in. If there is anything new or if anything changes, it would have to come back to us.”

While the behind the scenes work has been going on for months, the Planning Department sent a letter on Aug. 16 telling the company it has the go ahead to commence the physical work at the site, LaCivita said.

There will be some revisions to the parking lot immediately surrounding the site — mainly restriping — in an effort to add 35 more spots. The company plans to build sidewalks and patio areas around the building as well as make other upgrades to the site like new lighting. Some minor work will be performed on the sewer and water lines to accommodate the restaurant and future tenants.

There are 194 BJ’s located across 24 states. In New York, there is one in downstate Nanuet and one in Long Island’s Valley Stream.

The first BJ’s opened in 1978 in Orange County, California, specializing in deep-dish pizza. It has since expanded its menu and its signature items include ribs, stuffed mushrooms, boneless chicken wings and a host of handcrafted beers and ciders.

Seritage also owns the south end of Colonie Center, which includes the Sears store, which is slated to close, and Whole Foods, which opened for business in 2014.

NIGHT and DAY: Fired up and Troy Flea