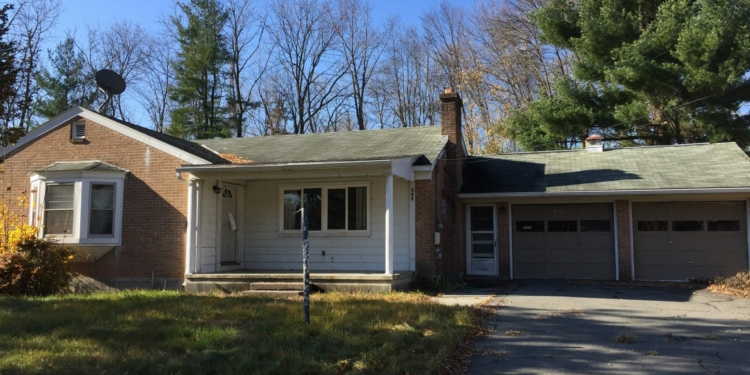 359 Elm Avenue in Bethlehem was recently sold by the Albany County Land Bank for $185,000

ALBANY — The New York Land Bank Association (NYLBA) has released New York State Land Banks: A New National Standard, summarizing the first five years of land bank activity since the state’s passage of the 2011 Land Bank Act. The report serves as a resource for local officials, state leaders, public and private funders, and other parties who want to learn the strategies and achievements of land banks in combating vacant, abandoned, and deteriorated properties.

New York State Land Banks: A New National Standard, published in partnership with the Center for Community Progress, highlights the impact of New York land banks. As of the end of 2016, according to the report, NYLBA’s members have leveraged approximately $32 million in initial funding from the New York Attorney General’s Office to attract more than $77 million in private development investment and returned over $28 million in assessed value to the tax rolls.

The Albany County Land Bank Corporation (ACLBC) was established by Albany County in 2014 to facilitate the process of acquiring, improving and redistributing vacant and abandoned properties. In a little more than three years, ACLBC has acquired more than 630 tax-foreclosed, vacant and abandoned properties, and made more than 200 property improvements, including cleaning up vacant lots, abating and stabilizing structures, demolishing blighted buildings and completing full rehabilitations. It has invested more than $2.5 million into improving properties, incentivized an additional $4 million of private investment and has enabled the return of millions of dollars of assessed value to the tax rolls.

“This report helps quantify the benefits and highlight just some examples of how land banks can be strong and effective partners by working closely with local government and community members to address the pervasive challenge of vacant and abandoned properties,” said Adam Zaranko, Executive Director of the Albany County Land Bank Corporation.

New York State Land Banks: A New National Standard is being distributed statewide by NYLBA members and was developed with support from the Center for Community Progress and the Newburgh Community Land Bank. It is available online at www.nylandbanks.org.

“As we have seen throughout the Capital Region and the entire state, land banks have played an integral role in helping to revitalize neighborhoods serving as economic engines for communities. They expand the tax base, reducing the burden on current taxpayers, while at the same time bringing abandoned properties back to productive use,” said Senator Neil D. Breslin. “This is why we must make sure that the land bank program has the resources it needs to continue to make these important investments.”

“Communities across New York are finding land banks to be flexible tools that can be adapted to their local challenges and enable them to take control of abandoned properties, giving them more options for short-term intervention and the ability to plan for longer-term neighborhood revitalization,” said Katelyn Wright, president of NYLBA. “The New York Land Bank Association has evolved over the past five years into a powerful advocate for land banks and for communities facing blight and abandonment.  We’re excited to share this report outlining our collective achievements over the past five years and the challenges that lie ahead.”

Land banking began in New York following the passage of the New York Land Bank Act in 2011, which authorized the creation of land banks as a tool to address the impacts of property vacancy, abandonment and foreclosure across the state. In New York, land banks are independent nonprofit corporations. While the Land Bank Act had previously capped the number of authorized land banks at 20, the limit was increased to 25 as part of the most recent state budget negotiation.  Twenty land banks are currently in operation around the state, including the Albany County Land bank Corporation, the Capital region Land Reutilization Corporation, the Greater Mohawk Valley Land Bank Corporation, and the Troy Community Land Bank.

According to research by the Center for Community Progress, as of 2016, there were approximately 170 land banks and land banking programs across the country. New York now has the third highest number of modern day land banks, behind only Ohio and Michigan.

NYLBA offers legal and policy guidance to its member land banks, develops annual legislative priorities, boasts a successful track record of legislative advocacy, and hosts an annual summit dedicated to sharing best practices and exploring more effective cross-sector solutions to the challenges posed by problem properties. NYLBA currently has 14 dues-paying members and is operated by a volunteer board of directors.  More information is available at www.nylandbanks.org.

About the Center for Community Progress

The mission of the Center for Community Progress is to foster strong, equitable communities where vacant, abandoned, and deteriorated properties are transformed into assets for neighbors and neighborhoods.  Founded in 2010, Community Progress is the leading national, nonprofit resource for urban, suburban, and rural communities seeking to address the full cycle of property revitalization.  The organization fulfills its mission by nurturing strong leadership and supporting systemic reforms.  Community Progress works to ensure that public, private, and community leaders have the knowledge and capacity to create and sustain change.  It also works to ensure that all communities have the policies, tools, and resources they need to support the effective, equitable reuse of vacant, abandoned and deteriorated properties. More information is available at www.communityprogress.net.

SPOTTED: The Colonie Memorial Day Ceremony at The Crossings