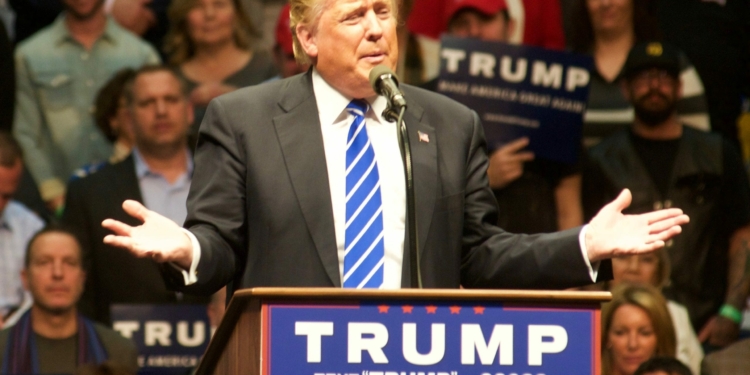 LOUDONVILLE – Half of New Yorkers are optimistic about the country’s future under President-elect Donald Trump, and half are pessimistic, according to a poll released Monday, Nov. 5 by the Siena Research Institute.

Not surprisingly, there is a stark partisan divide with two-thirds of Democrats pessimistic and 84 percent of Republicans optimistic. Fifty-one percent of independents say they are optimistic.

By an overwhelming majority, 65 to 23 percent, voters say congressional Democrats should work with Trump rather than oppose his agenda, according to the poll.

“In a two-to-one Democratic state, New Yorkers unite on wanting bipartisanship in Washington. Democrats by a 20-point margin, independents by a 46-point margin and Republicans by an 80-point margin say congressional Democrats should, overall, work collaboratively with President Trump on his agenda, rather than opposing his agenda,” Greenberg said. “That view is held, albeit by a very slim two-point margin, by Clinton voters.”

By large margins, voters think a Trump Administration will improve infrastructure, protect America from terrorist attacks and create more good paying jobs. They are less convinced on three other issues.

“Democrats strongly agree on infrastructure and are more closely divided on terror and jobs,” Greenberg said. “By a smaller margin, voters think Trump will appoint Supreme Court justices that appropriately interpret the Constitution while protecting the rights of all Americans, although nearly two-thirds of Democrats think that’s unlikely.”

Gov. Andrew Cuomo’s favorability rating is up slightly to 56-36 percent from 56-41 percent in October, according to the poll.

His job performance rating is a negative, 44 to 54 percent, but it’s also up from a negative 41-57 in September.

Currently, 47 percent of New Yorkers are prepared to re-elect Cuomo in 2018 while 44 percent would prefer “someone else,” according to the poll. That is up from a negative 45 to 49 percent in September.

“Cuomo’s ratings in the first two years of his second term have stayed in a relatively narrow band. His current 56 percent favorable rating is well within the 49-60 percent range during this term, as his current 44 percent positive job performance rating is in the middle of a 39-47 percent range,” Greenberg said. “Neither good nor bad news for the governor has moved his numbers up or down more than a few points month-to-month.”

Fifty-three percent say Cuomo has made New York a better place to live since he was elected governor while 16 percent say he has made it worse. Twenty percent say it’s about the same.

“This is little changed from a comparable 52-14-26 percent in December 2014,” Greenberg said. “Two-thirds of Democrats think Cuomo’s made New York a better place to live, as do a plurality of independents and Republicans. A majority of downstaters think so, as do a plurality of upstaters.”