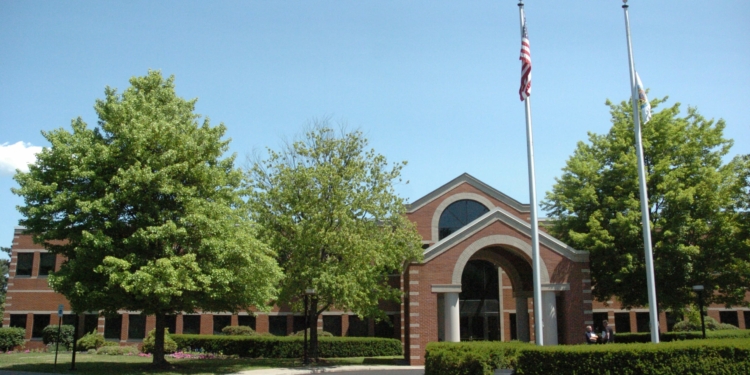 COLONIE— The Town Planning Board last week approved the concept for a new three-story office building on British American Boulevard.

Last Tuesday, Nov. 15, Frank Palumbo, project manager, explained the site plans to the board and the public. The proposed office building will go on a currently vacant lot that measures approximately 6.5 acres, according to the project narrative. The building, which is projected to be 44,000 square feet, is adjacent to another lot on British American Boulevard that is currently being used for office buildings as well. Palumbo said that, going forward with the process, his team is going to make a concerted effort to preserve as much natural vegetation in the area as possible, and be diligent in how they conduct the storm water management on the site so as to not lose too much of the vegetation.

Palumbo also said that British American is in the process of finding a tenant who will lease the entire office, but Palumbo could not release the name of the possible tenant at that time.

The Planning Board raised some concerns about the architecture of the proposed building, which will be very similar in design to the other office buildings that already exist in the British Boulevard park, with large glass windows.

Chairman of the Planning Board, Peter Stuto, said that the proposed architecture looked, “a little plain.”

“The parks been there awhile, and it looks a little dated to me,” he said at the meeting. Board member Tim Lane echoed that sentiment, calling the design a bit bland. Lane expressed his hope that the design had been a basic starting point that would be modified and upgraded depending on the tenant. Palumbo didn’t discount the possibility that the design could be modified.

“As we work further with the tenant and with the site, and as we get into more detail, we can certainly address the building architecture, and would have to come back with that during the next stages as well,” Palumbo said.

But Chuck Voss, town designated engineer on the project, said that the park on British American Boulevard is designed to be an office park, and that the design is not surprising.

“To me, it’s consistent with what you see out there,” Voss said.

Joe LaCivita, director of the town’s Planning and Economic Development, asked Palumbo if the applicant had intentions of using solar power, due to the large amount of glass panels going into the building, or if the glass design was only intended to adhere to the standards of the surrounding buildings. Palumbo said that no final decisions had been made regarding energy use.

“I think energy efficiency is something that we’re always working towards, but I don’t know specifically that that has been talked about,” he said.

“The proposed project certainly fits in with the look and the character of the existing office park. The access ways certainly are adequate. The traffic boulevard approaches seem to be certainly in line with what we would expect to see for an office like this, in a complex like this,” Voss said.

Ultimately, the board voted unanimously to grant concept acceptance to the project.