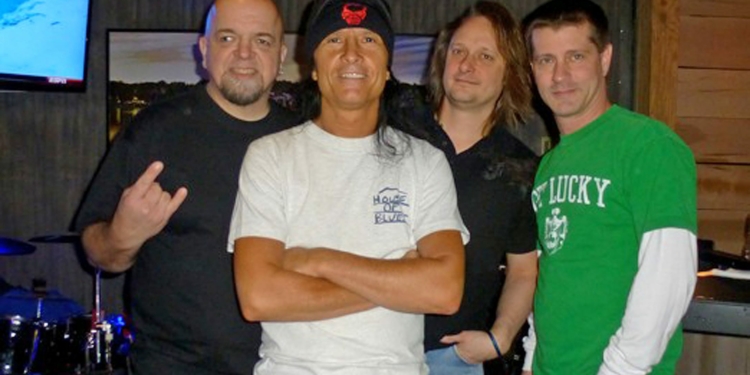 ALBANY — Lend an ear to the local music scene and you’ll be treated with a surprise.

Veterans of our music scene in the Capital District often speak of seeing the giants of their generation playing in the bars and college auditoriums before they hit mainstream. There’s Bob Dylan at Caffe Lena, U2 at University at Albany and The Red Hot Chilli Peppers at QE2.

But, then there’s the deliberate flip of the switch, where the established artist goes “George Spelvin,” throwing the general audience off guard by playing under a pseudonym. The cloak and dagger game plays out in local scenes, in the intimate venues of local bars and hangouts. Take a chance on watching no-name band like Billy & The Dakotas play at a bar downtown only to find Billy Joel at the piano. Perhaps you go out of your way to take a chance on Dehaan, and how puzzled are you to see James Hetfield and the rest of Metallica walk on stage. Maybe it’s meant to reward the most astute of fans, but often times it allows artists to walk away from the bustle and noise of the production, stripping the night down to nothing but the music.

Well, come a little closer and pay attention: Another such gem is about to go down here in the Capital District. There’s a little cover band called Chief Big Way that’s to play the Chrome Food & Spirits in Waterford on Saturday, Dec. 3 at 8 p.m. It’s a cover band, but — okay, it’s not that big of a secret — the reward is seeing Anthrax leadman Joey Belladonna singing and playing drums.

“It really gives me a wide range of vocals to sing,” said Belladonna, explaining his love for Chief Big Way.  He’s only hours from having returned from Japan, where Anthrax just concluded its most recent tour. When he’s not playing along with Joe Precourt, Dave Mickelson, John Goodwin and Greg Carrol of Chief Big Way, Belladonna is the frontman for one of the pioneering thrash metal bands — an exclusive fraternity that includes three other members, Metallica, Slayer and Megadeth. Aside from a brief hiatus, Belladonna has helped Anthrax earn notoriety, four Grammy Award nominations and more than 8 million records sold. His vocals and presence in front of the band led Metal Edge Magazine to name him among its Top 20 Best Metal Frontmen of All Time.

And, he’s not above playing a little Collective Soul on his spare time.

“Spiritually, it’s a fun thing to be able to jam, and dig into more melodic music that I love, that I grew up with,” said Belladonna.

“Songs that I enjoy playing and listening to, to this day. It’s a really good thing to be able to play other music. I’ve always liked a lot of different music, and I still do. It really keeps me on my toes, inspirationally-wise. It gives me great skills also, to be able to do it. I thrive on stuff like that.”

The 56-year-old out of Oswego speaks of his passion for music when explaining his tireless work ethic. “I could fly in from a show, and the next day I could be playing back with Chief Big Way.” And, on his “days off,” There is no rest for Belladonna. The singer said he consistently works on his vocals. On any given day he is “cranking” out lyrics.  He records covers of songs that go back to the ‘60s. To the point he estimates he has 500 to 600 songs that he has recorded on his own. “It’s better for me to keep going, because I enjoy it so much.”

“For anybody who doesn’t write the song or know the song, it takes a little while to get used to it. So, it’s cool with other music. I thrive off [of figuring out] what did they do? How did they come up with that? What made them go there? And, I love that change. So, there’s all kinds of stuff. … I love a lot of things about songs that made it work.”

Chief Big Way covers music from the rock’s golden age — Black Sabbath to Cream, the Eagles to The Rolling Stones. People know the songs and can pick up on any subtle change. Belladonna admits he will add his own flavor to each song, but he stays true to his interpretation of the original artist’s work.

“When I do the covers, do all of these different songs,” he said. “I’ve got to be that. I’ve got to be able to know how to do that. There’s all sorts of different things to challenge you with these songs versus just getting through it.”

EDITOR’S NOTE: The original publication of this article stated U2 played at Siena College. Though some local music fans may stake claim to seeing the group play there, Bono and his crew played at the University at Albany in 1983.

EDITORIAL: Chase the moon into the sun