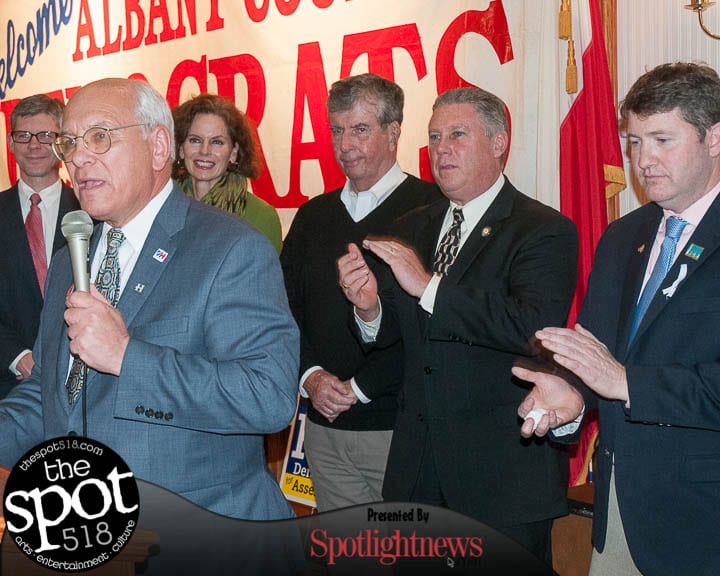 ALBANY – U.S. Rep. Paul Tonko, who easily fended off a challenge by Republican Joe Vitollo with nearly 80 percent of the vote, said he is ready and willing to work with President-elect Donald Trump.

“I’m ready to work with whomever the people decide should lead this country,” he said at the Polish Citizens Club before results of one of the biggest political upsets in history were final. “We have got to build the bridges to move forward with the people’s decision. This is a democracy, and we need to do that.”

Tonko, a Democrat from Amsterdam who once served in the state Assembly and was elected to Congress in 2009, said “it’s time to roll up our sleeves and begin the healing process because there is a lot of unfinished work.”

Republicans now control the White House, the House and the Senate, but Tonko said the “pile of unfinished business” he would like to address include growing the economy, addressing the heroin epidemic and getting big money out of politics.

“There is a lot of anger and fear being expressed and that is not how to address the nation’s problems,” he said Tuesday.

The 20th Congressional District includes the all of Albany and Schenectady counties and parts of Montgomery, Schenectady and Saratoga counties.