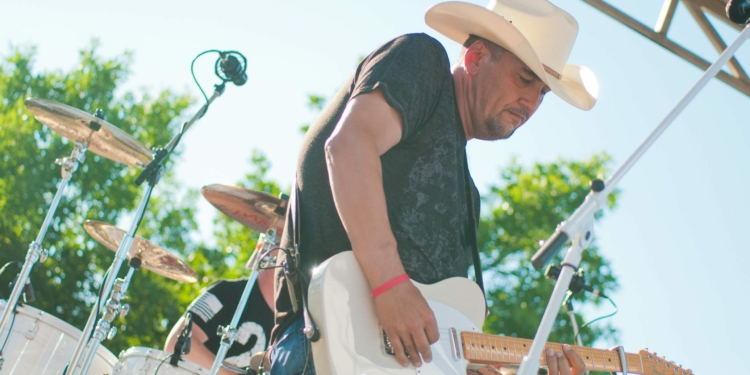 Albany’s signature free concert series premiered in the summer of 1990 with a performance by legendary folk artist Richie Havens, and has since grown into a staple of summer in the Capital Region. This year’s season runs through August 4, showcasing a diverse lineup of big names, up-and-coming acts and the region’s most talented original local artists. The concerts take place from 5 p.m. to 8 p.m. on Thursday nights.

Due to the $5 million construction project in progress at Corning Riverfront Park, this year’s concert series temporarily returns to the Broadway & Columbia Street location Alive at Five called home for over a decade in the 1990s and early 2000s. The move is temporary, and the series will return to a vastly improved riverfront in 2017. Alive at Five’s rain location at the Corning Preserve Boat Launch is unaffected by construction, and will continue to serve as an alternate site in case of inclement weather this year.

$5 flat fee parking will be available at the Quackenbush Square Garage, located at 677 Broadway in Albany. For additional parking options, visit www.parkalbany.com. Alive at Five transportation sponsor CDTA will provide free Event Day Bus Passes for the dates of each Alive at Five concert to Albany County residents. Riders will be able to pick up passes at the front desk of Albany City Hall (24 Eagle St), the Albany Visitors Center (25 Quackenbush Square), the Downtown Albany BID (21 Lodge St) and the Central Avenue BID (176 Central Ave) on the Wednesday before each show, while supplies last.

Free trolley service is now being offered between Lark Street and Alive at Five, courtesy of Advantage Transit Group and the Lark Street Business Improvement District. A trolley will run continuously throughout the hours of the event between the corner of Lark Street & Hudson Avenue and the corner of Pine Street & Broadway.

Representatives from Ronald McDonald House will be volunteering in the beer garden area at Alive at Five each week. All proceeds from tips will benefit their charitable programs.

LOCASH
with SKEETER CREEK
It’s an exciting time to be LOCASH – and that might very well be one of the biggest understatements in Nashville these days. Already in their career, the duo of Preston Brust and Chris Lucas have enjoyed hit singles, sold-out concert appearances here and abroad, and have tasted the top of the chart as two of Nashville’s quickest-rising songwriters. But, to quote the old saying, you ain’t seen nothing yet. The duo’s hits include the current country smash “I Love This Life,” they’ve penned huge singles for stars like Tim McGraw and Keith Urban, and their videos have racked up over ten millions views (and counting) on YouTube. Other highlights on the LOCASH resume include performances at Times Square in New York City on New Years’ Eve and at the historic stage of the Grand Ole Opry.

Skeeter Creek has built a reputation as the Capital Region’s top modern country party band. One of the hardest working groups in the area, Skeeter Creek was voted Best Local Band 2016 by Times Union readers, and they’ve performed on bills with a cavalcade of superstars ranging from Luke Bryan to Rascal Flatts. The Skeeter Creek family has become a staple in the country music scene of the great Northeast, building memories, performing shows of legendary status, and forming traditions for countless fans over the years.

Turning the lights back on Cohoes Music Hall