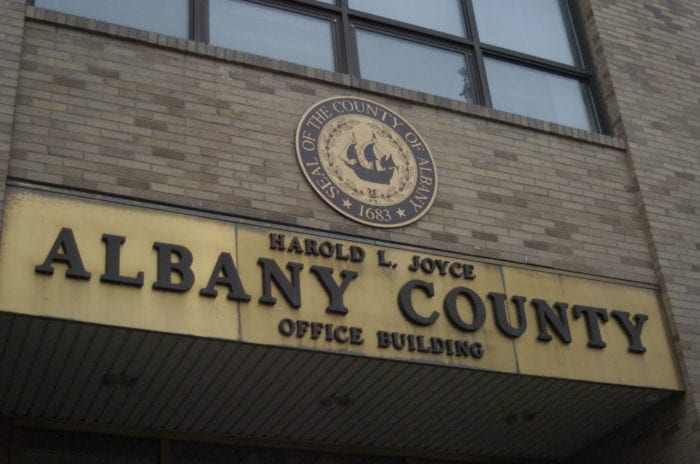 ALBANY — After a failed attempt to amend the Albany County charter failed last year when nearly 60 percent of county residents voted down a ballot proposition that would have allowed legislators to retain control of a redistricting process for which they’ve been repeatedly sued, as well as to decide the size of the body itself, new legislation has just been proposed to revisit what many have long considered to be ‘good government’ reforms.

Back in November, local advocacy groups, sitting legislators and local media all expressed displeasure with Proposition One, proposed legislation to amend the county charter that was advanced by leadership in the Albany County Legislature. The League of Women Voters, a Democratic Reform Coalition within the legislature, and even the Times Union  editorial board characterized the proposal as a “power grab” and expressed distaste with a legislative leadership that they saw as maneuvering to give themselves more influence while wasting county resources.

“Unlike most of the power grabs in government,” claimed a Times Union editorial, “this isn’t about one part or branch of government trying to take power from one another . . .  it’s about politicians seizing power from the people—the people who these politicians supposedly serve.”

In 2012, an independent Albany County Charter Review Commission was created; it was composed of eleven non-elected members—appointed by legislative leadership—who were tasked with “identifying and proposing modifications to the size and structure of Albany County government which would result in cost savings and efficiency” by improving on a charter that has remained the same since 1993. (The last revision was under the only republican county executive in the history of Albany County.) In early 2015, the commission presented the legislature with a series of recommendations based on their findings and suggested, among other things: reducing the size of the legislature by 14 members—it is currently the largest, per capita, in the state and the commission estimated that the county could save up to $400,000 annually, make elections more competitive, foster bipartisanship and increase efficiency by reducing legislative districts from 39 to 25; and the formation of an independent redistricting committee—for the last thirty years, or the last three county redistricting efforts (done after each federal census), Albany County Legislature has faced censure by the federal government for redistricting practices that were deemed overtly discriminatory against minority populations.

Instead, county democratic leadership formed its own internal committee and came back with proposed legislation (Prop. One) that provided for a redistricting committee consisting of seven members, “which would make recommendations to the County Legislature on whether and how” it should be reapportioned. Four committee members would be appointed by leadership and the remaining three would be chosen by those already appointed; committee recommendations, however, would not have been binding on the legislature’s ultimate redistricting decisions. The proposition also allowed for the eventual (potential) reduction of the legislature to no less than 29 members, but did not require any such action, and gave legislators authority over succession to the office of the county executive in the event that it is vacated. (Currently, any changes to the size of the legislature would require voter approval.)

“There is a clear understanding on the need for a new Albany County Charter,” said the League of Women Voters in a statement. “An independent charter commission published its findings in 2014 and was surprised to learn that Albany County does not collect, codify and publish all local laws, ordinances and the like in an Administrative Code. As a consequence, it is difficult even for the most skilled to understand what laws have been enacted. The commission was also stunned by the fact that the County Legislature and County Attorney’s Office were unable to agree upon a single, accurate and complete version of the current Charter.” Even so, the League spoke out against the charter amendments last November, contending that the legislature “completely ignored” the commission’s recommendations.

The three legislative reforms to the charter were introduced on June 27 by republican legislators Peter Crouse (R-24), Brian Hogan (R-21), Peter Tunny (R-22) and Patrice Lockart (R-26) who, interestingly, were the breakaway members of the minority caucus early this year when they chose to support sitting democratic leadership rather than a reform-minded bipartisan coalition—the same sitting leadership that refused to accept nearly identical reforms last year. Some reform democrats, confused that Majority Leader Frank Commisso would allow such significant legislation to be carried by a minority faction of the minority party, are wondering if the prestige conferred was granted as part of a deal intended to keep the threatened leadership in power.

The proposed laws are essentially a revised version of many of the reforms originally suggested by the commission—with a few exceptions. The legislature would be reduced, but only to 29 members and over the course of two decades, decreasing the number of seats from 39 to 33 after the 2020 census and 29 following the 2030 census. A second law would remove the redistricting process from the direct purview of legislators, instead drawing a seven member general commission to be chosen from a pool of interested community members solicited through a public campaign, four of whom are chosen by the leaders of both parties and three of whom are chosen by the initial four. It would also provide for a minority-majority subcommittee—ostensibly to ensure representation of minority residents—chosen by the representatives of such districts, with the chairman given the deciding vote in the event of a tie resulting from an even number of minority-majority districts (those with a majority of eligible minority voters). The third and final piece of legislation would make a series of changes to the language of the charter, clarifying requirements and revising outdated language. Most of the changes are largely uncontroversial, with the exception of the coroner clause. The four county coroners are currently appointed and do not need to be certified, requiring medical professionals to sign death certificates. The commission recommended a medical examiner; the most recent amendment would merely require coroners to become certified within two years of taking office.

The legislative law committee voted to recommend the laws be scheduled for a public hearing after some spirited debate, during which Legislator Christopher Higgins questioned the method by which the legislation was introduced and the need to pass this legislation this year, when redistricting and downsizing won’t occur until the year 2020. He also balked at the way in which the downsizing would occur, as well as the final number of 29 legislators. Two day later he and a bipartisan group of 13 other legislators introduced a downsizing law that would reduce the number to 25 and do it in a single step.

If the legislature accepts any of the proposed legislation at their July 11 meeting, a public hearing will be set for Tuesday, July 26, where county residents will be able to learn more, ask questions and raise concerns.

Editorial: So, how are we doing this?