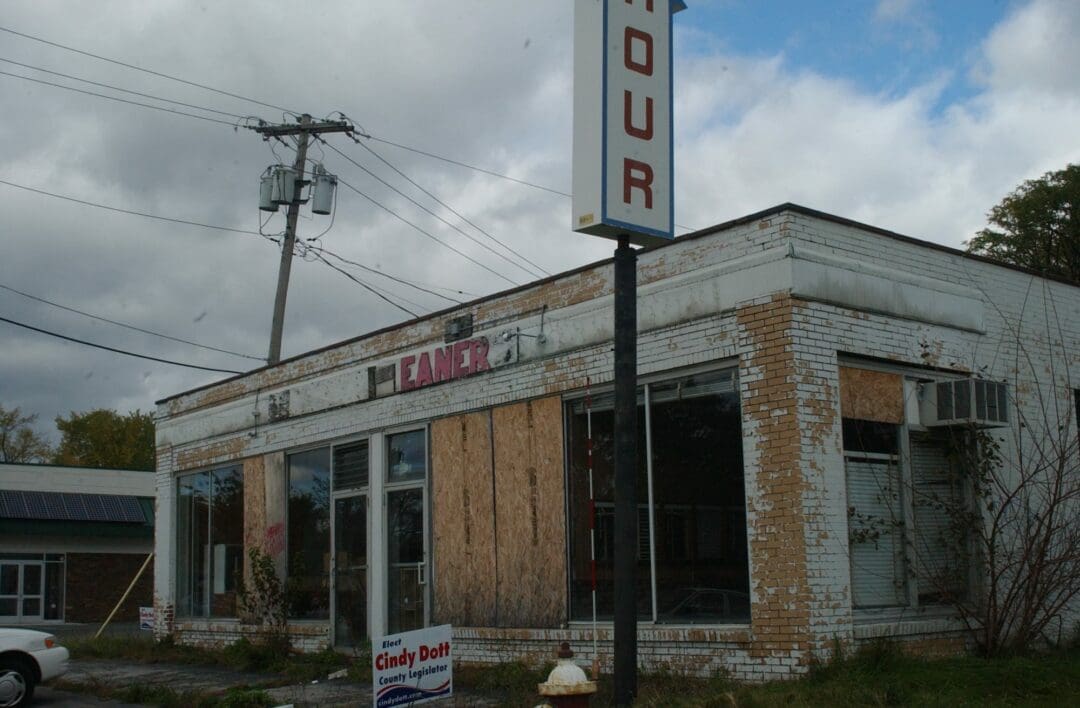 The former Damshire Cleaners building has now been named an inactive hazardous waste disposal site by the New York State Department of Environmental Conservation, and is awaiting a remedial investigation.

The property has been placed in the New York State Superfund Program, which is a program the state has set up to indentify and investigate cleanup sites where the disposal of hazardous waste can be a possible public threat.

Damshire had been in business for several decades before it closed in 2001. In a notification put out by the DEC, the agency stated the building is currently unoccupied and there was believed to have been improper handling of the dry cleaning solvent tetrachloroethene (PCE) that has resulted in groundwater contamination.

According to the DEC, PCE was detected in a sub-slab vapor sample in the onsite structure. The fear is that there is a potential for soil vapor intrusion, which can be caused by possible contaminated groundwater going offsite. There is also concern about ongoing releases of contamination to groundwater from source areas of the site.

“A site characterization investigation that consisted of the construction of monitoring wells and sampling of groundwater along the outside of the perimeter of the property confirmed the presence of elevated concentrations of the dry cleaning solvent tetrachlorothene (PCE),” King said in the email. “The data also confirmed that the source of the PCE contamination is on the former Damshire Cleaners property.”

The DEC said it still has limited access to the property, but said once it gains access there will be a remedial investigation. The purpose of this particular investigation will be to determine how much of the soil, groundwater and soil vapor is contaminated and what type of risk this could present to the environment and nearby residents.

“With information obtained in the RI (remedial investigation), DEC will begin the process of evaluating remedial alternatives, selecting a remedy and finally implementing the remedy,” King said.

The cleaners is located at 1205 Central Ave. and is surrounded by other businesses such as a Green’s Appliances next door, and the Nan Nail Salon and Capitaland Movies across the street.

Richard Gander, owner of Capitaland Movies, who took over the store in 2009 after working there since 1995, said that he has notice the building has not been kept up at all and that the grass around the building was left to grow. The building hasn’t affected his business, though.

There were people selling Christmas trees out of the building for two or three years, he said, but after the DEC went in to investigate last year, he said he didn’t see them again.

Customers have asked him questions about why the Town of Colonie hadn’t done anything with the building or force the original owners to clean up. Gander said he would like to see a new business move in.

“It would be nice to see another business go in there,” Gander said. “But it is tough. I don’t think people have the money.”

Department of Public Works Commissioner Jack Cunningham said because it is the DEC’s investigation the town has no involvement in the matter. The only time the town would get involved is if there was a proposed buyer and the site had been cleaned up.

“There is nothing in front of us requesting to build on that site,” Cunningham said.

Man dies after being tased by police

A teacher’s act of charity