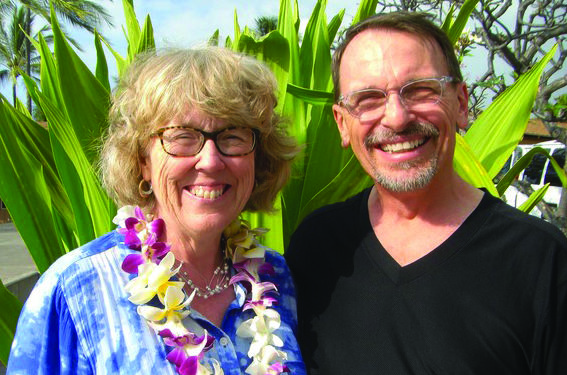 This is the first in a two-part series.

Matchless Stove and Chimney founder Tim Madden is as comfortable mentoring employees in Glenmont as he is working with fathers and mothers from around the world at a ministry center in Hawaii that prepares families for short and long-term missions.

The 66-year-old doesn’t lecture from some six-point strategy on leadership or from the pretense of being older and wiser. Instead, he has learned to lead from following.

“God is sovereign, and if I follow him this moment,” Madden said, “he will lead me down the path he wants us to go.”

As a senior, he still pays close attention to all of those daily nudges that direct his pilgrimage, which is more like a marathon than a sprint – an appropriate simile since he was sixty when he first participated in an Ironman triathlon. [But more on that in Part II.]

Along the way, his marriage to Wanda has seen all of the joys and sorrows through five decades of matrimony. They’ve raised six children and enjoy and influence 24 grandchildren, have built a respected business, and have ministered in seven countries while taking on leadership roles at local churches.

All of the very highs and lows of this amazing progression were not the result of a detailed blueprint.

“God gives manna one day at a time,” he said, referring to the biblical account of the bread from heaven. “I’m committed to this hope till my last breadth.”

Tim counters life’s uncertainties with the time-tested practices of journaling and prayer, and those daily times seem to reflect his role as a father and granddad.

“Grandparents don’t need anything from their grandchildren,” he said. “I just want to hear them say what they’re thinking. Whether they’re three years old or 13 or 20 to hear them talk about shooting a gun or assembling a Lego kit, I just love to hear the words roll off their lips, and I love to talk with them and to have an interaction with them. That’s all God’s looking for with me. I can’t build anything in this world that He needs. But relationships are forever, and these children are going to live forever, and to some degree, I’ll have some effect on that, and that’s sobering. God enjoys being with me the way I enjoy being with my grandchildren.”

To Tim’s way of thinking, a lot of life boils down to hanging out, listening to and following the “Matchless Mentor.”

Robert J. LaCosta’s daily blog appears at robertlacosta.com and his books are on Amazon and at local bookstores.