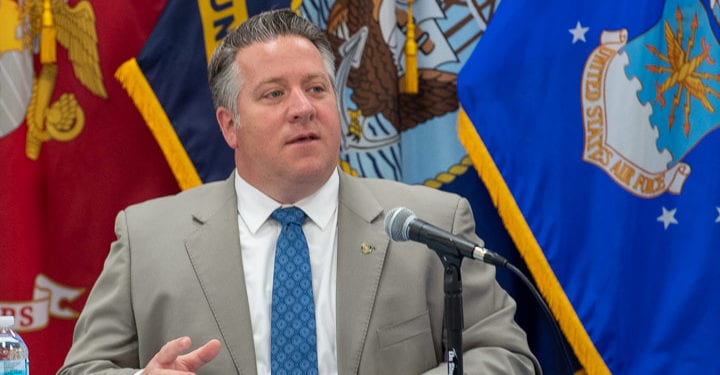 ALBANY — A woman in her 70s living in a nursing home died from Wednesday to Thursday, bringing the county death toll to 145.

Meanwhile, the county continues to see a spike in reported COVID cases with 77 new cases from Wednesday to Thursday. A day earlier, the county saw 99 new cases, the highest one-day total this year.

Officials at the Albany County Department of Health is advising anyone who went to the Olive Garden on Wolf Road in Colonie on Sunday, Nov. 8, between and 3 and 9 p.m. to call them at 518-477-4659 because of possible COVID exposure.

Albany County reported nine new residents hospitalized from Wednesday to Thursday bringing the total to 37 from 35. There are now six patients in the ICU, up from five yesterday. The hospitalization rate has gone up to .88 percent from .85 percent.

“We now have the highest number of county residents currently hospitalized since April 29, yesterday we set a record for the highest number of new positives in a single day, and people continue to lose their lives,” County Executive Dan McCoy said. “This data needs to be taken as a serious warning sign, especially ahead of Thanksgiving.”

Earlier this week, Gov. Andrew Cuomo said all gyms, bars and restaurants must close at 10 p.m. and private parties and gatherings cannot have any more than 10 people. Restaurants can still offer curb side pickup after 10 p.m.

“If you test positive and it remains unchecked you will spread it to two or three people and those two or three people will spread it to two or three each so this is why it is important if you have been exposed to stay in quarantine,” said Dr. Elizabeth Whalen, head of the county Health Department. “People have to take individual responsibility. You are the deciding factor on whether this spreads. Your behavior today influences what happens in two weeks.”

The state’s infection rate was 3.4 percent.