Triple Threat: In defense of dads 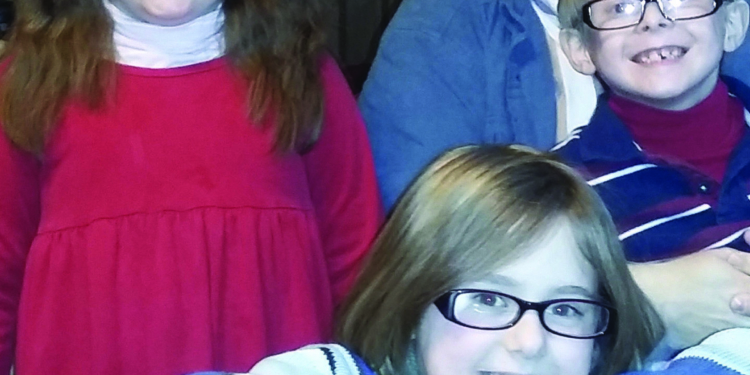 In Harlan Steuer, the triplets have a daddy who was born for the job.

Dads. They are often the brunt of parenting jokes, pitied when they tell diaper-changing tales, and made to feel helpless and hopeless by us moms. We don’t mean to do it. We step in and “help” when dads are just starting to get their groove going with the kids. I am guilty of doing the same thing. Realizing this is not helping the amazing father of my triplets learn to parent, I have learned to step back and bite my tongue – sometimes until I taste blood.  Harlan is an amazing father, and he reminds me of my own father on occasion.

When Harlan became a father, it was trial by fire. This sweet man was thrown into the lion’s den when his entire world shifted, and who knew that three small beings could turn into the best blessing he ever had?

Harlan had minimal contact with infants before having three at once. So what did he do? He decided that he was going to be the best father he could be from the beginning. He arranged to work from home for a few months so that I would not be alone caring for three preemies. Then he went back to work a few days a week and did the other days at home until I was more comfortable taking care of Olivia, Benjamin and Rebecca on my own. Harlan learned on his feet while covered in spit-up.

I can be a bit overbearing … or so I am told. Since I had lots of experience with kids, between babysitting and having my two older boys, I figured that I knew it all. Not true. Harlan sometimes saw things from a different perspective. My way was not always the right way, and his way was not always wrong.

For the first two months after the kids came home from the NICU, I folded every single onesie. Every. Single. One. Then I got tired. No, make that exhausted.  I was crying over the laundry one afternoon when Harlan asked me why I bothered to fold the onesies. He told me to just put them in the drawer and pick from there. The realization that this was the way to go hit me full force, and I never folded them again. He made my life easier with one statement. Dads can do that kind of magic.

Dads get a bum rap sometimes because they are portrayed as clueless about so much. Is it because they really are clueless or because we moms make them clueless? I used to (and sometimes still do) step in as soon as Harlan looked lost or overwhelmed. I didn’t realize at the time that I was just making his life harder in the long run.

In the beginning, when I would leave Harlan alone with the trio, I would get phone calls every 15 minutes. Getting anything done alone was just about impossible. As he spent more time on his own with Olivia, Benjamin and Rebecca, he became more comfortable, and the phone calls didn’t come so frequently. When the kids were potty training it got, well, messy, and I didn’t venture too far. Through it all, Harlan changed diapers, fed the kids and even sang lovely songs to them.

Harlan now has a relationship with each of the kids that is independent from me. Each of them has a different relationship with their dad, and that is something they will remember forever. The triplets will pepper him with questions about tools, motors and how birds know where and when to go south for the winter. Google is his best friend. There are times when things get a little on the bizarre side, but he knows what he’s doing. … I’m pretty sure, anyway.

I fell in love with Harlan more than 11 years ago. When I hear him explain how a catalytic converter works, the reasons behind Abraham Lincoln’s assassination or the basic principles of electricity, I can’t help but love him even more. As a human being, Harlan is amazing. As a father, he just shines like the brightest star. Harlan is one of those men who takes to family life, and it makes him who he was meant to be all along – a daddy.

Jennifer Steuer is an Albany mom whose busy household includes her husband, Harlan, and 8-year-old triplets Olivia, Benjamin and Rebecca. Follow her on Twitter @Got_Triplets.