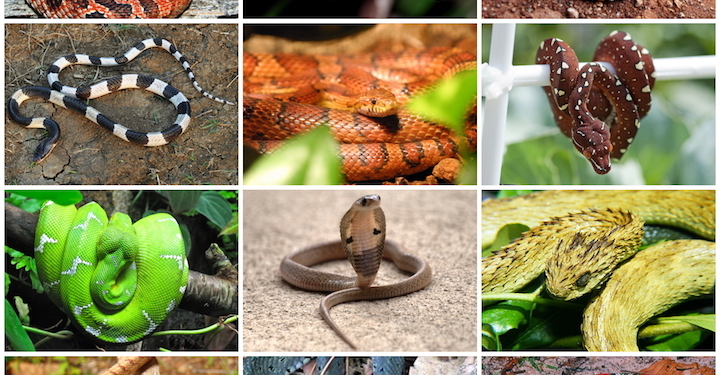 Snakes long have been popular pets for those enamored with scaled creatures. According to Reptile Guide, mammals are biologically inclined to be wary of snakes in their environment, and that may be one reason why snakes are often painted in a negative light. But snakes aren’t all sneaky and sinister. In fact, many types of snakes make ideal pets. With around 3,500 species, there’s likely a snake for everyone.

This is a popular snake species. It’s very docile and doesn’t mind gentle handling. Plus, corn snakes reach a maximum length of between 3 and 5 feet, which is a manageable size for beginners.

Beginners also may find African house snakes are easily managed. Thanks to their small size, these snakes can live their entire lives in a typical 20-gallon aquarium tank.

Native to the Great Plains of America, these snakes have similar coloring to rattlesnakes and often are mistaken for them. Unlike the traditional triangular head of most snakes, this snake has an upturned snout that gives the Western hognose its name. The snake also can flatten its body to create a cobra-like hood and even may “play dead.”

The ball python is an iconic pet snake. It is wildly popular among reptile enthusiasts and is even a favorite among beginners. Ball pythons aren’t always up for handling right off the bat. It takes time to build up trust with this snake and help it grow accustomed to human interaction.

There are many varieties of boa constrictor, many of which are large. The Tarahumara stays smaller in size, rarely ever growing more than five feet long, states Reptile Guide. Boas don’t stress easily and can be kept in plastic enclosures to ensure humidity requirements are met.

For those who desire a brightly colored snake, the milk snake features stripes of red, black and yellow-orange. However, they are mostly nocturnal and throughout the day the snake will rest and remain hidden, according to Reptile Direct. When they are on the move, milk snakes will try to blend in with their surroundings.

These are just some of the snakes that may be good for beginners. When doing their research, potential snake owners are advised to speak to experts in the trade to learn more about specific species and their care needs.