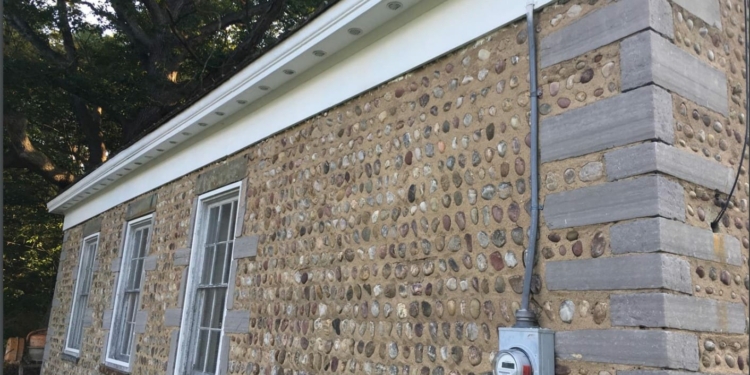 GUILDERLAND — Guilderland Central School District is asking residents to weigh in on budget priorities ­and what to do with a historic, one-room school it currently maintains.

While the budget planning process “officially kicked off” last fall with a public budget input meeting in late October, no one signed up to offer any input at the time. Over the subsequent months, building and department level budgets were developed, enrollment projections were reviewed and staffing and equipment needs were assessed.

In January, as part of a two-month community engagement phase, an online survey went live on the district’s website, allowing residents, students, parents, teachers and others an opportunity to share priorities, concerns and suggestions with district officials.

On a four-tier metric ranging from “critical and essential to GCSD’s mission” to “not important to preserve in a time of limited resources,” survey respondents are asked to identify the programs and areas they want to financially support most, including: the arts; sports; English as a new language (ENL) programs; accelerated learning programs; current technology; clean buildings; and safe transportation.

The survey also asks respondents for suggestions on how to close an expected revenue gap and what should be done with the Cobblestone School in Guilderland Center.

Under Gov. Andrew Cuomo’s proposed budget, GCSD would receive a state aid increase of $64,317, approximately 0.25 percent over last year, according to Assistant Superintendent of Business Neil Sanders. “Revenue is essentially flat,” he said. “We have increasing expenditures and we have the property tax cap to deal with as well.”

On a “roll-over budget basis,” said Sanders, “we’re looking at a $1.6 million gap.” State budget negotiations and how federal revenue streams might be impacted are significant undecided factors, he explained, saying that there aren’t many other revenue streams available aside from smaller local options, such as investments. “It’s primarily a state aid issue,” he said, explaining that the district is hoping state legislators will fight for increased education funding.

While Cuomo touted state investment in education as one of the largest items in his proposed budget, that investment still falls well short of the $4.2 billion owed to schools across the state under the foundation aid formula, developed in response to a 2006 lawsuit in which the NYS Court of Appeals found that New York State was violating students’ constitutional right to a “sound and basic education” by leaving schools without the funding necessary. Schools were ordered to receive $5.5 billion increase in basic operating aid statewide over the course of a four-year phase-in from 2007 to 2011.

In 2009, however, during the national fiscal crisis, the state froze funding for the Foundation Aid formula. During the recession, $2.7 billion was cut from school aid, effectively reversing the state’s commitment to fully fund its classrooms.

“We weren’t overly optimistic that [2018-19] was going to be a big state aid increase year,” said Sanders, noting the $4.4 billion state budget deficit and potential federal actions. “But it ended up being much smaller than we expected,” he said of the governor’s proposal.

If the district does not receive any additional aid, the survey asks respondents whether it should dip into savings, adjust spending on programs or attempt to exceed the tax cap (which would require 60 percent of district voters to approve). There is also a space for alternative ideas.

In the case of the Cobblestone School, the historic one-room schoolhouse located in Guilderland Center, the district is looking to residents to help decide what course of action it should take.

The district came into possession of the structure in the mid-’90s, during a statewide consolidation of school districts, more than a decade after it had seen its last students. There is some question as to whether the district should have been able to take possession at all, as the deed to the property stipulates that ownership would revert back to Stephen Van Rensselaer, the property’s donor, or his heirs, in the event that it were to be used for anything other than a schoolhouse.

In recent years, the district has spent tens of thousands of dollars to maintain the building — shoring up the foundation, replacing the floor and replacing sections of the roof and exterior. If it retains ownership, explained Sanders, there are other needed expenditures. The most pressing, he said, is the trimming of a large oak tree overhanging the rear of the building. Other needed repairs include roof replacement, more foundation work and, depending on the expected uses of the building, replacement of the interior walls and ceiling. Sanders said costs could exceed $50,000.

He explained that, according to the terms of the deed, the property should have reverted to a Van Rensselaer heir. The only heir known to the district, who resides in Maine, was not interested in taking possession of the property. However, that heir indicated there were numerous others across multiple states for whom he could not speak. (Stephen Van Rensselaer, who donated the land in 1840, had eight children.)

“In order to find out who actually owns the property, we would need to do a title search,” said Sanders. A full title report, he said, would cost between $5,000 and $10,000, and would be likely to take several months. It is possible, he added, given the amount of time heirs have had to claim the property which ceased being used for the school in 1941, they have a diminished ownership claim.

The budget survey asks respondents whether it should continue to “own, maintain and potentially use” the schoolhouse, or seek to transfer the property to another entity. If not to an heir, the district has looked at the possibility of transferring ownership to an entity such as a historical society or the county, something that could potentially be done with or without clear legal title to the property, depending on whether the recipient would be willing to assume the property and indemnify the district from any future actions initiated by individuals claiming an ownership right in the property.

According to Sanders, however, the district has reached out to potential recipients and has met with little interest. “That kind of leaves a little bit of a dilemma for us,” he said.

Nor has the district identified any potential uses for which it might employ the historic site. “We have some health and safety issues that would have to be addressed before we can bring students into the building,” he said, explaining that there is no heat, no bathroom and a concern about lead paint.

Ideally, the district would like to transfer ownership to someone interested in maintaining its history and working, perhaps in partnership with GCSD, to make it open to the community for educational purposes.

“We’d like to see it exist… as a community resource,” said Sanders.