Albany Airport gets $60 million from state 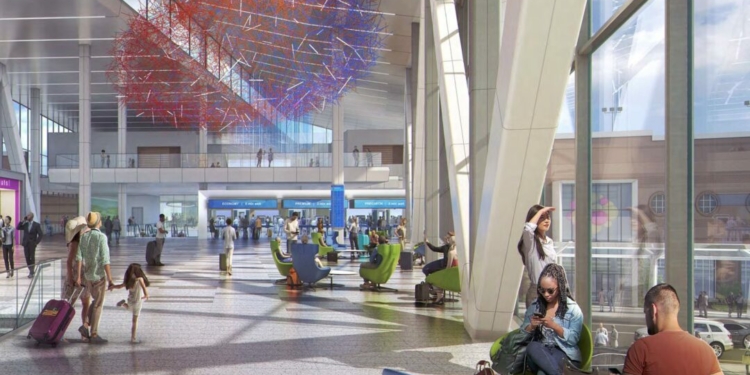 COLONIE — The Albany International Airport will receive $60 million in state money to help complete $100 million project that will modernize security checkpoints and expand the terminal.

The grant is part of a $230 million outlay for nine airports across the state, according to Gov. Kathy Hochul.

“Our upstate airports are our gateways to local economies and make lasting impressions, connecting New Yorkers and tourists to the beautiful destinations that the Empire State has to offer,” Hochul said in a statement. “By making critical investments to further modernize facilities across upstate New York, we are lifting upstate airports to new heights and providing a 21st century transportation experience that travelers expect and deserve.”

Albany’s allocation is the largest of the nine and will be used to create a business center for conferences and community gatherings before the security checkpoints.

At the checkpoints, the project will expand the security queue.

After the checkpoints, the project will expand the area where passengers are waiting for their flights including additional retail space, a children’s play zone, a multi-sensory calming room and an outdoor green space.

It will also improve the facility’s heating, ventilation and air-conditioning system.

The funding is from the Upstate Airport Economic Development and Revitalization Competition, a competitive solicitation which aims to promote, revitalize and accelerate investments in upstate commercial passenger service airports.