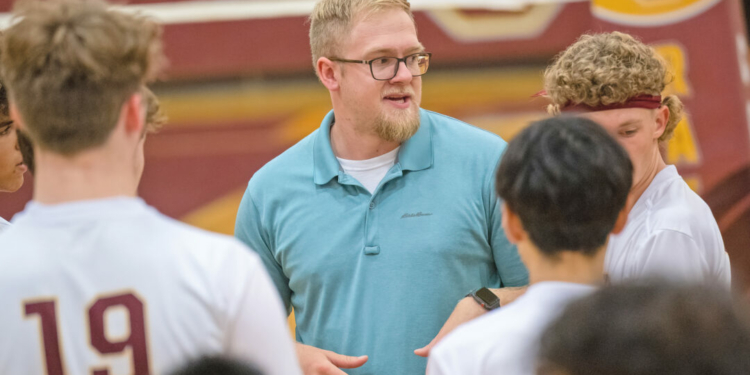 Jarod Martel is in his first year as the Colonie boys volleyball coach. The 2016 Colonie High and 2021 Sage Colleges grad is also a physical education teacher at the high school. He lives in Rotterdam with his fiancé Mackenzie and his two dogs Zoey and Skye.

Q: You were a standout volleyball player for Colonie. How does it feel to now be coaching the team?

A: It is such a great feeling. Growing up in Colonie and playing for this program is a big reason I am where I am today. Ever since college I knew Colonie was where I wanted to teach and where I wanted to coach. To be a part of a program that is so special to me has always been my goal and to have achieved that goal so early is a dream come true.

Q: Volleyball at the varsity level is not the same game played at family picnics. How has the game evolved over the years?

A: Over the years, volleyball is just like every other sport where athletes are always finding new ways to better the game in order to gain an edge on their opponents. Also over the years, players are able to jump higher and hit harder which increases the pace at which the game is played. It has become much more than bump, set, spike, with extensive strategy and needing to run offensive plays while also covering your defensive zone.

Q: What do you try to instill in your players outside of how to set, spike, serve and dig?

A: The main thing I try to instill in my players is how to be a good person and contributing member to society. Being a high school student-athlete is fun, but there is a lot more to life than just the game we love. I try to teach the importance of academics, demonstrating good sportsmanship and showing school pride. Being a coach and a teacher, I have an opportunity to connect with these kids on a different level than most; having experience at the collegiate level drives me to give my athletes the tools to be successful individuals on and off the court.

Q: What do you think all good athletes have in common regardless of the sport?

A: I feel that all athletes share a common drive. Athletes, day in and day out, put the time and effort into bettering themselves in their sport while also getting schoolwork done. These athletes are easily putting in 10 to 12 hour days with school, homework, and practice and still finding ways to be successful and I think that’s truly a trait that makes athletes so special.

Q: Volleyball is one of the fastest growing sports in the country. Why do you think it is becoming so popular among youth?

A: Volleyball is so much fun! I tell everyone this and for most people once they start playing, they never want to stop. It is a game that anyone can play and where you are working out every single part of your body, you have to work together as a team to be successful, and you can play it anywhere. Volleyball is played indoors, on grass courts, sand, and now even in snow and water. Volleyball is one of the most-played sports recreationally in this area too so it truly is a lifetime sport. It’s also a game that can easily be played co-ed so you can play with anyone.

If you would like to see someone featured in Five Questions contact Jim Franco at [email protected] or 518-878-1000.