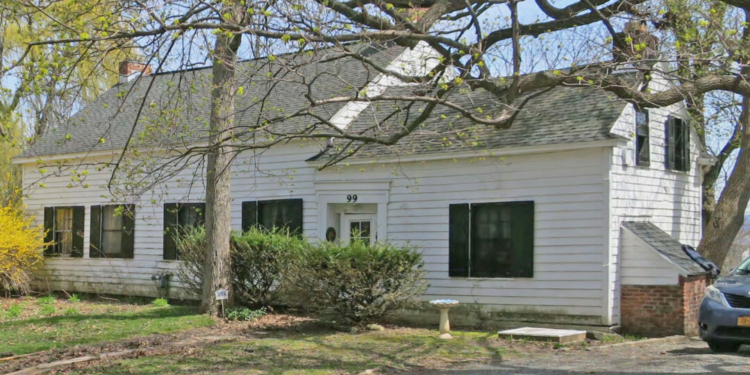 The Mark House on Johnson Road. Photo courtesy of the governor’s office

ALBANY — The Mark House, a circa 1791 building on Johnson Road, is one of 23 properties recommended for inclusion on the State and National Registers of Historic Places.

This farmhouse was built by Isaac Mark, who had been granted a tenant lease by patroon Stephen van Rensselaer III in 1791. It once sat on nearly 700 acres and was a collection of smaller tenant farms the family then leased out to other tenants, and it remained under the leasehold until the system was abolished in the mid-nineteenth century.

The 1,470-square-foot house was renovated in 1840 but retained its New World Dutch building traditions and remained in the Mark family until 1881, according to the state.

“One of State Parks’ most exciting functions is helping to preserve and promote New York’s history,”  said Commissioner of the Office of Parks, Recreation and Historic Preservation Erik Kulleseid. “Securing State and National Registers recognition for such places provides resources and other potential incentives, such as state and federal tax credits, that will help keep this history alive and vibrant.”

On the site are also a collapsed smokehouse from the late 18th century, a wellhead and a garage, probably built in the mid 20th century. There is also a cemetery, many of which are associated with the Lansing family and it is not clear if the stones were moved there or if they mark locations of interments, according to the document substantiating the request for addition to the historic registers.

“Although the property no longer retains any of its farmland, its site is one of few remaining in the town that documents this defining settlement pattern, and its immediate setting retains some elements that recall its agricultural history,” according to the documents. “It is probably the most intact example of a farmhouse recalling New World Dutch building traditions in the period of significance within the town and retains a high level of integrity.”

Features of the house that reflect the continuance of New World Dutch cultural traditions in the region include the expressed second-floor beams in the kitchen wing, materials and building techniques of the time, and the overall proportions of the house, according to documents.

The Mark family’s association with the property begins in the late 18th century. Tenant farmers Isaac Mark and Joseph Haswell were both Revolutionary War veterans. Mark and Haswell may have worked the land before the lease was signed; this was a common practice of the period since leases sometimes came after the successful establishment of a farm and the dependable production of crops. Isaac Mark eventually purchased half of the leased lands from Haswell, his brother-in-law, including the land where the Mark House is now located

New York has more than 120,000 properties listed on the National Register.

Other Capital District properties recommended for the registers include the Boardman and Gray Piano Company in Albany, the First Presbyterian Church in Troy, the Schenectady Police Department, the Gooding Farm in Eagle Bridge and the Sweet Homestead in Copake. 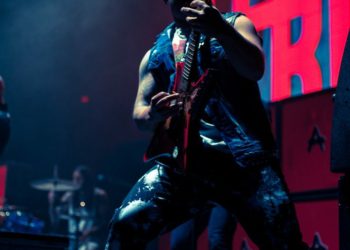