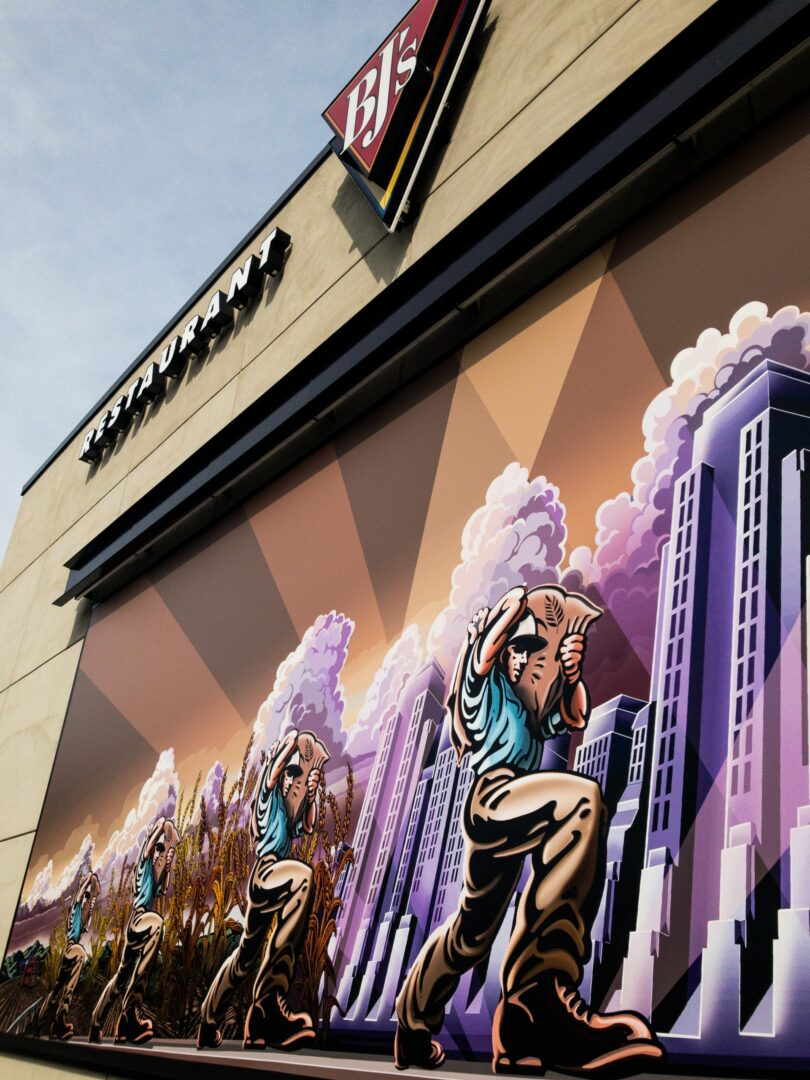 WOLF ROAD — Since opening its doors two years ago, BJ’s Restaurant and Brewhouse has established itself as the unofficial gatekeeper to Albany’s busiest commercial roadway.

BJ’s is perched at the unlikeliest of buildings, but the location itself is prime real estate. The restaurant chain debuted in June 2018, reclaiming a long-standing Sears automotive garage before the department store collapsed under financial troubles in 2018. At the corner of Wolf Road and Central Avenue, it casts a shadow on motorists driving between Albany and Schenectady. It’s front doors are, quite literally, one of the first sights motorists see as they drive off Exit 2 of the Northway.

BJ’s says its kitchen offers high-quality ingredients, bold flavors, moderate prices, sincere service and a cool, contemporary atmosphere. Founded in 1978, it started out as a place to grab a pizza, including a Chicago-style deep dish offering.

Today, the Huntington Beach, California-based company owns and operates more than 200 restaurants in 28 states. The chain pioneered the relatively new craft brewing craze, having offered its own award-winning proprietary handcrafted beers since 1996. The menu includes staple items such as prime rib, cherry chipotle glazed salmon, its signature deep-dish pizza and a chocolate dessert known as the Pizookie.

The dining atmosphere may be best defined by a quirky Southern California sense of humor exhibited by its “Live a Little. Better. Grant.” campaign it launched in January. A $10,000 grant was introduced to coincide with a new menu featuring its EnLIGHTened Entrees menu.

“No one should have to endure flavorless food. At BJ’s, we have an entire EnLIGHTened Entrees menu of nutritious, great-tasting entrees. We’re encouraging guests to enjoy a great meal and Live a Little. Better.,” said Kevin Mayer, EVP and Chief Marketing Officer of BJ’s Restaurants, Inc. “We may have brewhouse roots, but the same level of craft that goes into making our award-winning beer goes into each of our EnLIGHTened Entrees. It’s not taking things out; it’s putting the right things in.”

The grant was to be awarded to three customers in an effort to “save the world from dull, flavorless eating.” The reward allowed them to receive $10,000 worth of food at the restaurant chain.

Virus-related shutdowns across the country impacted BJ’s. With its stock publicly exchanged in the open market on Wall Street, the restaurant must answer to stockholders each quarter.

According to the company’s second quarter financial report, the chain suffered through a decline of approximately 64 percent when compared to sales from the previous year. Those figures ticked up slightly as the restaurant reported weekly sales were down 42.6 percent for the week ending June 9. Factoring into those reported losses were the 41 stores closed or partially closed due to social demonstrations.

“For restaurants with re-opened dining rooms that were not impacted by curfews or closures, sales volumes during the week ended June 9, 2020, recovered to approximately 70 percent of comparable prior year levels with average weekly sales of approximately $75,000,” stated the report.

With dining rooms continuing to re-open across the country, BJ’s high management reported confidence that it would soon “generate positive cash flow.”

“Early results from our re-opened dining rooms are encouraging, with double-digit weekly sequential sales increases over the last four weeks,” commented Greg Trojan, Chief Executive Officer. “Our guests are returning in increasing numbers to dine with us at BJ’s. We are seeing a strong appreciation for the safety measures and precautions we have implemented for them and our team members, including our new touchless digital menus and mobile pay options. As our dining rooms re-open, we continue to bring back furloughed team members and we look forward to bringing back even more as additional dining rooms open in the next several weeks.”

12 Things You Didn’t See During The 2017 Golden Globes