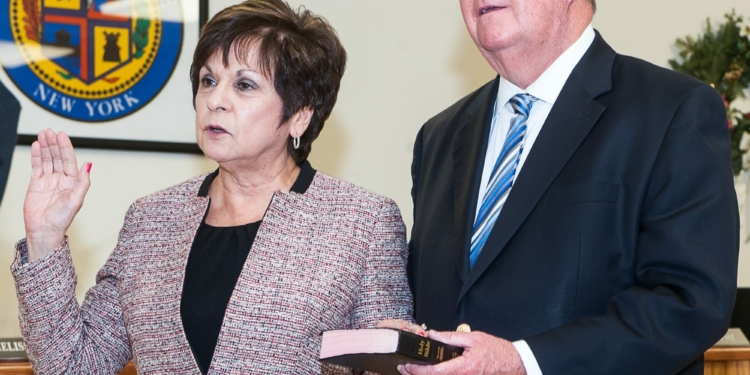 COLONIE – Elected town officials were formally sworn into office during a ceremony on Thursday, Jan. 4.

After the ceremony, which was delayed 30 minutes by the snow storm, Murphy was named deputy supervisor, a position held by David Rowley, a registered independent who opted to not run for another term on the Town Board.

Julie Gansle, a Republican who will replace the retiring Elizabeth DelTorto as town clerk, was sworn in by Crummey. The former clerk of the town’s justice court, beat Alison McLean Lane in November.

Crummey also issued the oath to Michele Zilgme, who ran unopposed for another term as receiver of taxes.

See our print edition for a list of appointments made and other business conducted at the annual organizational meeting of the Town Board.

Due to wintry weather, BOU Life After BCSD program to be rescheduled