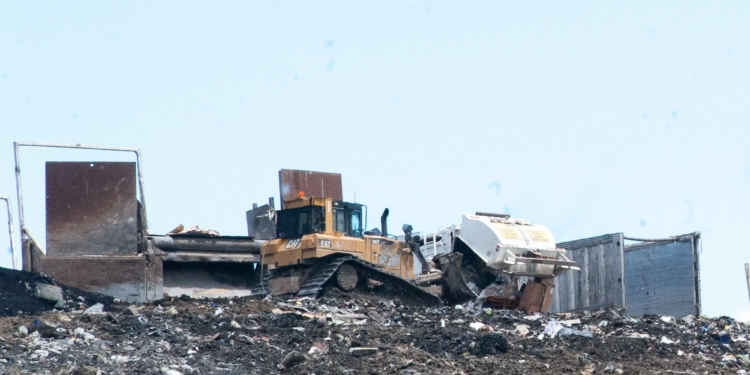 COLONIE – The state Department of Environmental Conservation is re-opening aspects of the landfill expansion permitting process to public comment.

The DEC wanted more information on three areas of the application to expand landfill located off Route 9 by 132 acres within the 212-acre site and as such, deemed it appropriate to open it back up to public comment.

The three areas, according to Matt McGarry, the town public works engineer, involve:

-How or if air quality will be effected by plans to trap leachate – the ooze produced at any landfill by decomposing waste – in containers rather than a lagoon.

-How or if the expansion would impact a hazardous waste site at the north end of the landfill site.

-And how of if the expansion will impact an alluvium deposit (sand) in the event of an earthquake and whether or not it would quicken erosion into the Mohawk River.

The town asked the DEC for permission to expand the landfill – into what is known as Area 7 – in 2014. In 2016 the environmental impact statement was deemed complete and was opened to 70 days of public comment and public hearings in September and October, 2016. The deadline for submitting comments on the broader EIS was Nov. 1, 2016.

The DEC was compiling responses to the comments and wanted more information on the abovementioned topics, McGarry said.

The public will now have a 30-day window from Wednesday, May 31, to make comments to DEC on those topics. The DEC is not requiring public hearings, but the public can make written

comments via mail or email.

“Everything is in the hands of DEC And they determine on what can be allowed on our permit,” said Supervisor Paula Mahan. “We don’t have a specific date as to when they will make their determination we don’t have any specific date. They are working through the process and it appears to be moving along.”

Meanwhile, the landfill continues to fill up and will reach capacity sometime in 2018 without the town taking some sort of action.

McGarry said there is no guarantee when the DEC will grant its final approval – the latest call for more public comment will do nothing but delay that – and the town and the contractor running the landfill will need to limit the tonnage of waste sooner rather than later.

“The clock is running and everyone feels we are under pressure which is why we turned this documentation around as quickly as we could,” McGarry said of the latest request by the DEC for more information. “The worst case is we would have to do what the City of Albany is doing and that is to shed tonnage. Obviously, it will last longer if you don’t take in as much waste.”

He said if the town is forced to scale back, municipalities within the planning unit – the Town of Colonie, the Village of Colonie, Cohoes and Menands would take precedent – and Waste Connections, the Texas-based contractor who operates the landfill, will determine how much to charge outside municipalities.

“That’s how the private market works. It could be a very big deal,” McGarry said. “This expansion is crucial not only for Colonie but for the entire region.”

The proposed expansion does not, he stressed, allow for more tonnage per year at the site but will only allow the site to collect the same amount, about 255,000 tons a year, for more years.

“The landfill has enough space to last a long time and having a landfill with existing space is a very valuable thing to have,” Mahan said.