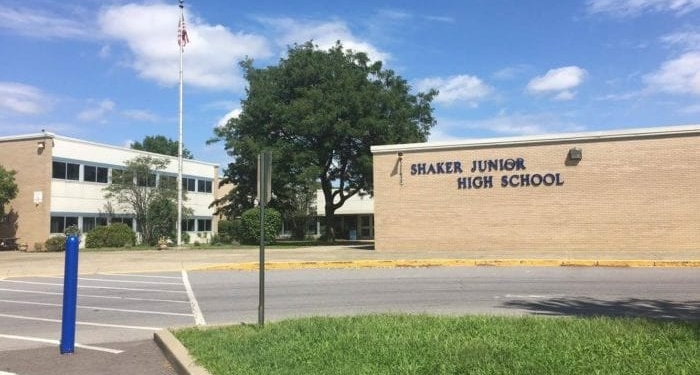 COLONIE — Plans to make upgrades to North Colonie Central School District facilities are moving quickly, despite the fact that the project does not yet have an official budget nor a solidified timeline for completion.

A demographic study conducted by the district showed that it could see an influx of approximately 900 students over the next decade, according to district Superintendent Joseph Corr. While the population spike in Colonie can likely be attributed to the aggressive development that has recently been permeating the town, Corr predicated that some of the growth is also coming from new young families with children buying homes in the district.

In order to deal with the pressure of the taking in the new students, one of the moves the district decided to pursue last winter was to remove grade six from the elementary schools and integrate it into the junior high school. However, Corr said that move probably won’t be totally finished until September of 2018. North Colonie is currently the only district in the Suburban Council that does not include sixth grade in junior high.

“We have to get a sense of what it’s like, what’s the scope of it, what’s going to be the cost of it?” Corr said of the moving project.

After multiple meetings with the community and all levels of faculty, Corr said that the district has decided to totally integrate grade six into the junior high school, as opposed to putting that grade in its own wing in a building. Research has shown that the fewer transitions students have to make in school, the more success they will have academically said Corr. Currently, Shaker Junior High School is divided into a hall concept, with four halls. With the integration, the school would move to a five-hall layout, which will require some additions to the building.

Corr said the idea going forward is to take a large school and divide it into smaller learning communities. At its peak, the Shaker Junior High School will probably contain around 1500 students, and there will be approximately 300 per hall, he said. The district is prioritizing the grade six transition because it will bring the student population growth issue under control.

The sixth grade integration is part of a larger, more comprehensive upgrade the district is looking at for all of its schools, which are structurally sound, said Corr, but outdated. Four out of the district six elementary schools were built between the years of 1953 and 1956. Shaker High School was built in 1958, and the last major upgrade was done in 1970.

“We’re looking also at, what do kids need going forward in the 21st century?” Corr said. “We as a district have done a good job of physically maintaining our buildings, but we haven’t upgraded or modernized.”

Some of the components that faculty would like to see going forward, Corr said, include an emphasis on collaborative learning spaces and more secure building entrances with a single point of entry. The district also hopes to upgrade its athletic facilities and auditoriums.

“I understand the concern about having to move students in the middle of the year. No one wants to avoid that more than I do, so that’s certainly going to be a top priority for us,” he said.

Even though the project lacks a price tag at this point, Corr said they’re moving at breakneck speed to get concepts and costs set in stone. North Colonie is eligible for enhanced state aid on the project as a result of the district’s annexation of the Maplewood school, aid that Corr said would be a “sizeable saving to taxpayers” going forward with the upgrade project. However, in order to access that aid, the district must have a general construction contract for the project signed no later than June 30, 2018, unless the New York State Department of Education grants the district an extension.

Right now, architects and engineers are developing concepts for the upgrades. In the fall, the district will present a skeleton plan to residents which will demonstrate the general concept for the project. Tentatively on Dec. 15, the community will vote on the plan and, assuming the plan is voted through, it will be sent to the state education department for approval, a process that could take up to nine months. There will then be a bidding process for the construction.

Corr said that while 2018 might seem far off at this point, all the approval processes will probably take the project right up to the date where the district can access the enhanced aid. After the public votes, he said there won’t be time for any “grand debates” on the project, but emphasized that the district’s main goal going forward is achieving some sort of balance between what the school needs and what the taxpayers want. Ideally, he wants to see upgrades that will bring the school into the future, despite the costs.

*After this story was printed, a North Colonie Central School District spokesperson clarified that the targeted integration date for grade six into Shaker Junior High School would be September 2019, not 2018.

Albany Airport gets $3 million for upgrades