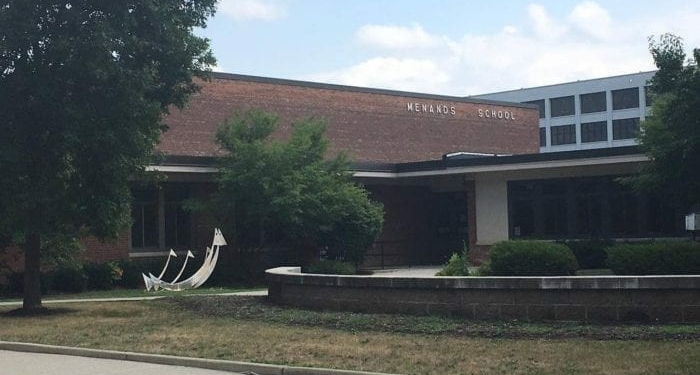 MENANDS — The Menands School district will be the recipient of $150,000 in state aid to help alleviate pressures put on the district due to a recent influx of homeless students.

Each year, a certain amount of discretionary funding is put aside in the state education budget for unique situations, according to Assemblyman Phil Steck (D-Colonie), who spearheaded the effort to secure the funding. Different schools, including Schenectady, have received the aid in the past, but this year all of the aid was given to Menands due to its circumstance of being a very small school that had to absorb a large amount of students very quickly. Menands is the smallest school district in Albany County. Steck said he didn’t face opposition in his fight to secure the funding for Menands.

Steck also said that, while he hoped there would been more aid available, this one-time amount will go towards helping the education of homeless children in the district in various different ways.

“We felt it was very important to help out,” Steck told Spotlight News.

In the United States, the McKinney-Vento Education of Homeless Children and Youth Assistance Act mandates that schools must enroll and educate any homeless children who enter into their districts. The act requires the schools to enroll the child immediately, even if the child lacks required documents such as proof of residence. However, if the students entering the district are not from the state, the school district does not receive current state year funding. Steck is working on legislation that would address the funding issue presented with the sudden arrival of many McKinney-Vento qualified students.

This year, Menands School District was on sound financial footing, but the influx of students put strain on the district.

“Circumstances have proved challenging for a number of our students based on conditions they and their families have faced this year, including poverty and homelessness. Typical funding sources available to us fall short of providing us with the capability of addressing the many needs of these students,” said Dr. Maureen Long, Superintendent, Menands School District in a statement. “Considering our small size, the Menands School District is in a unique situation. Most of the school districts in the Capital Region have transitional student populations. However, in these districts, the student populations are in the thousands, so their transitional student population percentage is significantly lower. Additionally, these large districts have significantly larger budgets and the capacity to absorb a sudden increase in students, as well as the expanded services in place to meet their needs.”

During the 2014-15 school year, 79 students out of 5,000 at South Colonie Central Schools were identified as homeless, equating to about 1.5 percent of the student body. At North Colonie Central School District, 51 out of 5,400 students were identified to be homeless, amounting to less than 1 percent. This year, the Menands School District had an approximate 17 percent transitional student population, according to a press release. By comparison, Albany School District, with 9,000 students, had a 2015 transitional student population of approximately 3.68 percent, according to the press release.