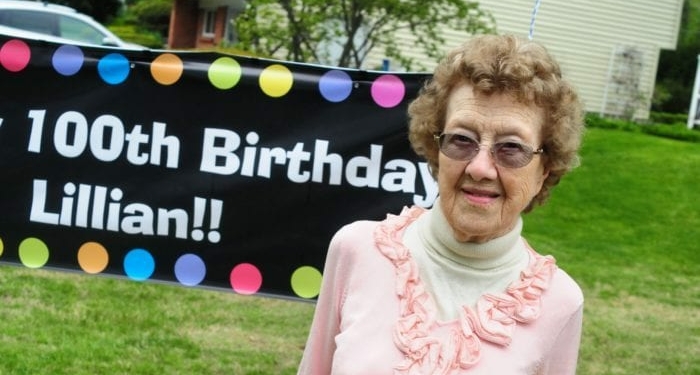 COLONIE — Lillian H. Skarka was born 100 years ago, on May 7, 1916. She was born at home, one of eight children (three sisters and four brothers) of Conrad and Maude Hammann. Growing up, she was Lillian Henrietta Hammann, a 1934 graduate of Roessleville High School. After high school she worked at the “five and dime store” and later, as an operator for the NY Telephone Company.

She was secretly married to Dr. Anthony Skarka on Dec. 28, 1940, while her husband was still a student at Columbia School of Dental and Oral Surgery in New York City. The wedding took place at the rectory of the English Lutheran Church in Schenectady. Her husband served in the US Army Medical Corps after graduation from dental school, from 1942 until the end of the war in 1945.

After the war, Lillian worked as an assistant to her husband in his Albany dental practice, until her son, Kenneth, was born in 1949, at which point she became a stay-at-home mom. Her daughter, Kathleen was born in 1951. Later in life, she returned to work with her husband until his retirement in 1989. Her husband passed away Sept 28, 1990, at age 73, just three months shy of their 50th wedding anniversary.

Lillian currently lives with her son and daughter-in-law, Bonnie, in Loudonville. She remains an avid reader and loves to walk and visit with the neighbors. She had continued to drive a car until age 92 and to play bridge until age 95, when she had a stroke. Being a very competitive bridge player, she refused to play after her memory faltered and she could no longer remember all the cards as they were played. She is now looking forward to better weather, so she can get out and take her walks every day.