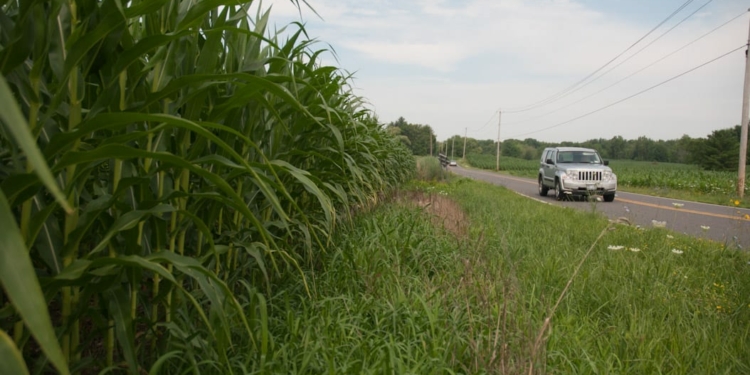 SELKIRK — Bethlehem Town Board members approved the $3 million purchase of more than 300 acres of farm and woodlands — including three of the four corners at the Route 9W and Wemple Road intersection — on Tuesday, Nov. 22.

The approval follows an Election Day vote that witnessed 63 percent of residents favoring the proposition earlier this month.

The measure commits the Town to purchase 307 acres of land through various municipal funds, avoiding a municipal bond or additional taxes.

Among the nine parcels is the historic Heath’s Dairy Farm on the northeast corner of Route 9W and Wemple Road. The family farm once provided a farm store and home milk delivery since it first opened for business in 1920. Before closing in 1987, area school children would visit the farm as a lesson to learn where their milk comes from. Town records confirmed that the surrounding fields have been used for agriculture since the Revolutionary War, but it’s believed the lands have been farmed for quite longer.

The aggregate value of the nine parcels was appraised at $4,032,500 in February by Schecter Valuation Services, LLC, a company commissioned by the Town.

There was no discussion surrounding the vote on Tuesday. Bethlehem Town Supervisor David VanLuven, however, shared his excitement over what he called the “largest municipal farmland protection effort in Hudson Valley history” on Election Day.

“Tonight’s dramatic victory not only allows us to ensure these farmlands continue growing crops rather than subdivisions and warehouses, it also showcases to other landowners that Bethlehem is willing to step up and support their responsible land stewardship,” he shared in a statement. “The people have spoken and I thank them.  It is now time for us to move forward with the shared goal of working together for a better Bethlehem.”

The purchase has yet to close, which is expected to occur soon.