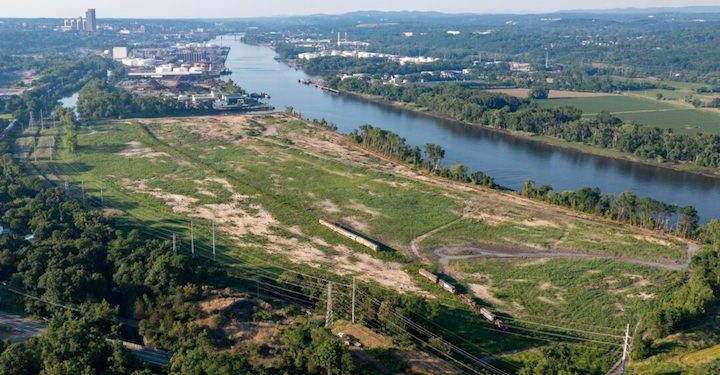 It could take months before a decision is handed down while the court continues to hear arguments.

The Article 78 filed against the Town of Bethlehem and the Albany Port District Commission in June contends that neighboring residents were not properly notified of the port’s expansion plans, which include construction on Beacon Island.

The 81-acre island was stripped of trees and brush this spring, a move approved by the state Department of Environmental Conservation, but alarmed residents concerned with the coal ash that has remained settled for decades. For the nearly three dozen residents who have since filed suit, it was their first notice of a project that has earned support from as far as Washington, D.C.

“Not to provide such written notice to residential property owners within the impact area (1-2 miles) for the present 80-acre project, with near and distant views and impacts, is not within the spirit of the law and the duties that a lead agency supervising the Environmental Impact Statement Process is mandated to follow.”

Using language from the EIS process, residents cite the project fails to consider the character of the neighborhood, stating that nearby residences date back to the 1800s, and ignores other facets of the community within a two-mile radius that includes family homes and schools. The port’s plan to build four buildings, as high as 110 feet tall and 20 27-foot tall smoke stakes is “incompatible with the surrounding neighborhoods.”

The port had asked for the lawsuit to be dismissed in a response filed with the state Supreme Court in September. It argues that residents had ample time be involved with the review process, which started in September 2018.

“From the start, the Port of Albany and the Town of Bethlehem have been focused on making sure that the health and safety of the entire community is not adversely affected by this project,” the Port shared in a statement released in June. “It is the Port’s mission to continue to demonstrate that their highest priority is the care and wellbeing of this community and to require best management practices in its pursuit of this historic project.”