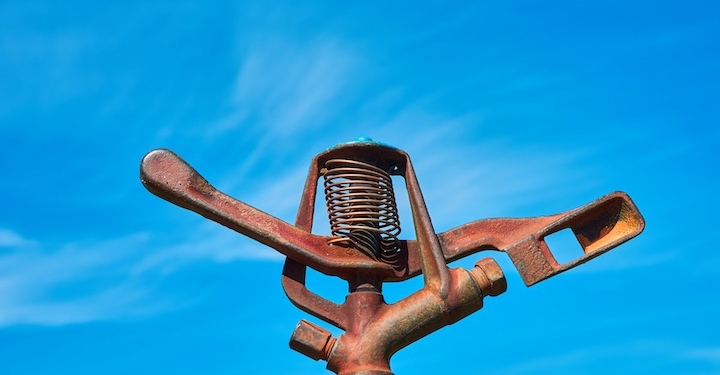 DELMAR — Bethlehem is not expected to implement water restrictions despite Gov. Kathy Hochul’s call for New Yorkers to conserve water usage amid pressing drought conditions across most of the state.

New York as a whole has experienced a relatively dry summer. Residents outside of the Adirondack, Eastern Great Lakes and New York Metropolitan regions have been encouraged to conserve water whenever possible during the coming weeks. The National Weather Service in Albany reported that neighboring counties in Dutchess, Litchfield, Berkshire, and Windham slipped further into severe drought as of August 8.

Last week, the National Oceanic and Atmospheric Administration released its latest seasonal drought outlook for August 18 to November 30. The agency reported Delmar in Moderate Drought conditions and expects those conditions to persist over the next three months.

The monitor identifies a moderate drought by observing an increased use of irrigation, lower yields of hay and grain, declines in honey production, and an increase in wildfires and ground fires.

Fortunately, Bethlehem Town Supervisor David VanLuven said the Town’s water supplies have not breached thresholds that would trigger the need for water restrictions.

“We have not had to implement water restrictions in more than a decade, and right now it looks like we will be able to get through this summer without any restrictions,” he said.

Bethlehem draws water for approximately 12,000 customers from the Vly Creek Reservoir, New Scotland Wellfield, the Selkirk Wellfield and the Albany Aqueduct. Annually, more than 1.6 billion gallons of clean drinking are distributed across more than 220 miles of water pipes for public consumption.

“​​Right now, the reservoir is well over five feet above the trigger level,” VanLuven said. “That’s 150 to 200 million gallons available with no rainfall before we would have to consider restrictions; on an average day, our customers use about 4 million gallons.”

A watch is the first of four levels of State drought advisories, which are watch, warning, emergency, and disaster. No mandatory restrictions are in place under a state drought watch.

An increasing number of water supply challenges are being reported due to dry conditions. Below-normal precipitation during the last three months, low stream flows and low groundwater levels prompt the need for the expansion of the watch status to ensure adequate public water supplies. Local public water suppliers are urged to assess the current situation, promote voluntary conservation, and take appropriate actions to manage risk.

New York State drought region IIA, which includes New York City and Westchester, remains in normal status due to the satisfactory storage levels and refill probability of the New York City reservoirs. According to the New York City Department of Environmental Protection (DEP), the City’s reservoirs are approximately nine percent below normal for this time of year, with 422 billion gallons currently in storage, compared to 469 billion gallons normally. DEC continues to work closely with DEP to monitor reservoir conditions and encourage responsible water use, especially outdoors, regardless of the hydrological conditions or season.

The drought watch is triggered by the State Drought Index, which reflects precipitation levels, reservoir/lake levels, and stream flow and groundwater levels in the nine drought regions of the state. Each of these indicators is assigned a weighted value based on its significance to various uses in a region. The State Drought Index is attuned to the specific attributes of New York and may differ moderately from some national technical drought assessments.

DEC and U.S. Geological Survey are partners in evaluating hydrologic conditions across New York State. In addition, DEC supports efforts by local governments and stakeholders to undertake water conservation measures based on specific local circumstances. Observed precipitation has been less than normal with shortfalls of two to six inches common over the last 90 days. The dry weather began in the spring and is beginning to significantly affect other metrics. Stream flows and groundwater levels are well below normal throughout much of the affected regions. Groundwater levels have been declining over the past few months and they are not expected to improve in the immediate future due to the existing precipitation deficit.

The National Weather Service outlook for the remainder of the summer predicts above-normal temperatures and below-normal precipitation. By voluntarily reducing water usage, and being extra careful with fire and outdoor flames, New Yorkers can help conserve our natural resources during these dry summer days.

Homeowners are encouraged to water lawns only when necessary, choose watering methods that avoid waste, and water in the early morning to reduce evaporation and maximize soil hydration. When possible, they are asked to reuse water collected in rain barrels, dehumidifiers, or air conditioners to water plants.

When landscaping, residents are encouraged to raise lawn mower cutting heights. Longer grass is healthier with stronger roots and needs less water. Use a broom, not a hose, to clean driveways and sidewalks, and fix leaking pipes, hoses and faucets.

“While recent rains have helped, severe dry conditions continue to persist across the state,” Hochul said. “New Yorkers should take steps to conserve water whenever possible in the areas now under a designated drought watch. Simple steps to reduce water consumption will be crucial to our efforts to help prevent any increased drought levels.”

In addition to the drought watch expansion, New York State continues to encourage New Yorkers and visitors to follow the recommendations below to reduce the risk of wildfires. The majority of New York State is currently at high risk for fires.

While camping in the backcountry, New Yorkers are advised to use existing campfire rings where possible. Otherwise, they are asked to build campfires away from overhanging branches, steep slopes, rotten stumps, logs, dry grass and leaves. While piling extra wood, set it away from the fire. Clear the area around the ring of leaves, twigs, and other flammable materials. Campers are also reminded to never leave a campfire unattended and drown the fire with water.